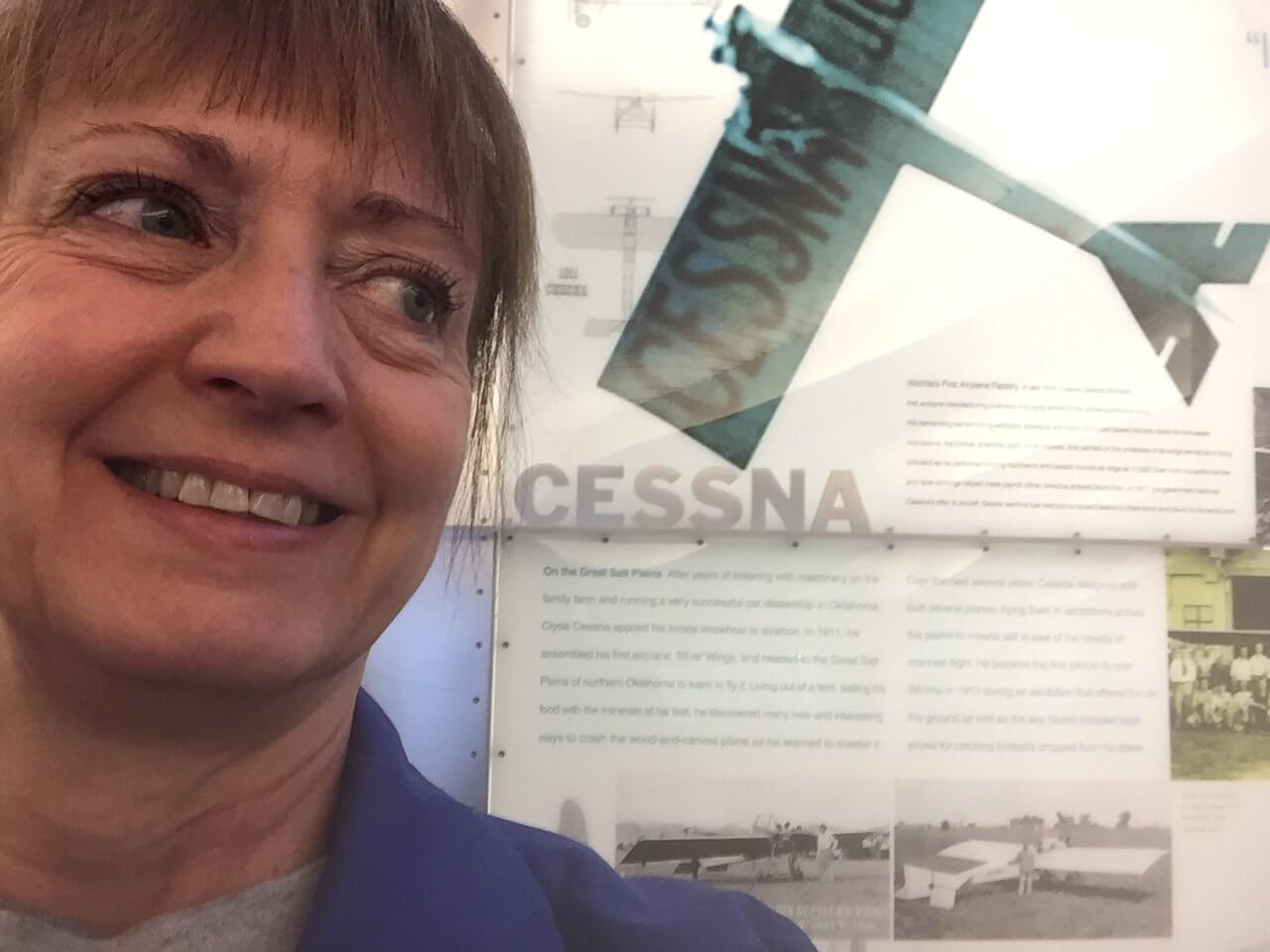 I have lived my life in the slipstream of experience – Author: Elizabeth Jane Howard

A slipstream is defined as “a current of air or water driven back by a revolving propeller or jet engine” and “an assisting force regarded as drawing something along behind something else.”  As applies to life, it usually is in retrospect that I recognize this force at work.

Once such case, in my life involved unknowingly following a Kodiak half-way around the world.  In the post My Journey Into Mission Aviation Fellowship (MAF) I mention touring their headquarters in Nampa, ID and attending an MAF event at at Wichita Eisenhower Airport.

On these occasions I met a newly acquired Quest Kodiak   Little did I know this particular Kodiak would precede me on a transformational adventure.

The MAF event in Wichita was a “cold call”.  I knew none of the other local  supporters.  At the event,  I had a warm conversation with the then President and CEO, John Boyd who queried me about my relationship with aviation in general and MAF specifically.
I gave the short version of my bio to which he responded, in a lovely British accent “Nancy you would so enjoy volunteering in the hangar at MAF”.
I knew that would be the case, but in all honesty, Nampa, just outside Boise, ID is not on the way to anywhere.  It was not, at the time, on my list of places to go.
Yet, the desire got stuck in my soul and I got to take a flight in the Kodiak. That flight watered the seed that had been planted.

A short time later, I discovered some of my family were going to attend an annual Idaho Rightmeier family picnic in August.  I was invited and realized I might be able to bundle these two worthy events into one trip. I applied to be an MAF volunteer, was approved, booked my tickets and headed northwest.
Volunteering at the fabrication shop hit a chord in my soul I was unaware existed.  It hearkened back to the days I spent with my dad in the auto shop – except with airplane parts.  Of course Daddy had his EAA Bi-plane project setting in the shop as well, which he worked on as he could, so even that felt familiar.
Being a new kid on the fabrication block, I eased into various odd projects:
It was energizing!  I also got a second flight in the Kodiak.  This time, we headed for the hills of Idaho and I got to see just how remarkable this airplane is on 12% plus grades and really short take offs and landings.

MAF Advocacy – Deeper Into The Slipstream!

During the week, the slipstream guided me into becoming a MAF advocate,.  I had been asked before, but the timing was not right.  Now it was. I began setting up opportunities to speak right away along with my fellow local wing members.
I had scheduled my first presentation at my local church , had a second one scheduled at a school with others in process.  But life goes on, so I turned my attention to another need – grocery shopping.  As I was grabbing things off the bread shelf at Walmart, my phone rang.  It was MAF with a request so out of the blue, it took my breath away.

“Hi this is Tim.  We met in Nampa in the break room.  Your name came up in a conversation today.  We need someone to help with the aircraft parts inventory conversion at our base in Indonesia and wonder if you could help”.  (long pause while I process the questions racing through my brain).  Tim goes on to explain what is needed and why my name came up.  I am thinking:
After answering a few preliminary questions, I said, “I can’t think of a reason to say no”!  Details needed sorting out as to timing, visa and a consultation with my spouse, but I left Walmart headed to Sentani, Papua Indonesia.
Gasp! What will husband think? I sent him text.  No Response.  Hummm.  Head spinning, I drove home.  My husband came out of the house grinning from ear to ear.  He was on-board.  So preparations began. I had asked for two conditions:

Diving Into The Kodiak Slipstream

I left the day after Thanksgiving and returned at 10 PM the night before our special day.  Three weeks and two days with a lifetime of experiences, including my 64th birthday  (what a neat gift).

As we toured the hangar, an old friend greeted me: the Kodiak I had met during my tour of headquarters in June of 2016 and then flew in Wichita.  The same one I flew in a year later during my volunteer week.
There she was with her new Indonesian name:  PK-MEK, undergoing certification for her mission in her new home.
My time and work in Indonesia pulled from multiple aspects of my life skills. God infused skills.  It is stunning how God does this, if we allow Him access.  Oh the adventures!
Have you discovered any “slipstreams” in your life?  Be sure to share in the comments!

One thought on “How Does One Find The Slipstream To A Transformational Adventure?”