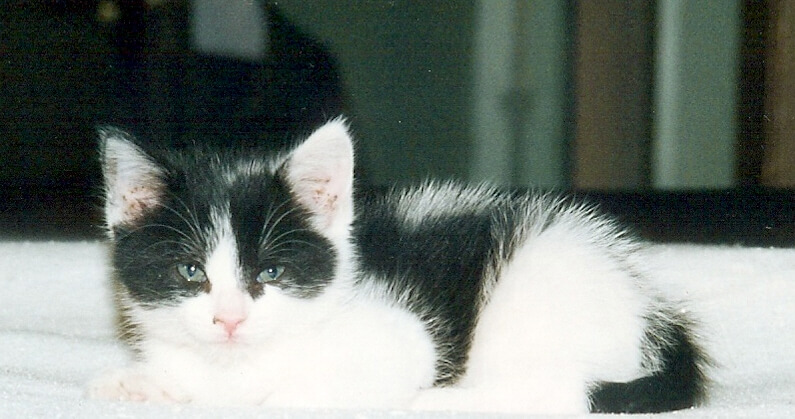 A man is like a cat; chase him and he will run – sit still and ignore him and he’ll come purring at your feet. – Helen Rowland

We are cat people.  This was not always the case with me.  Oh, I had pets growing up but they were always outside pets, mostly dogs.  The attachment fell far short of what I know today.  This had to do with the fact that:

If I had any real attachment to animals growing up it was to horses on my grand parents farm and to the iconic TV animals like Flicka, Lassie and Trigger. I out-grew all that when boys became more than someone to just climb trees with, but that is another subject.

Married To A Cat Person

I became a cat person when I married. My husband is a true cat whisperer and could give Jackson Galaxy some serious competition. He has an amazing way of bringing out the unique personality of any cat, of restoring cats who are damaged and to actually get them to mind! Well, mind in that “I’m a cat” sort of way. We have a lot of fun with our kitty tribe. No, we are not crazy cat people, but I have learned to truly love, appreciate and even train these furry soul-mates.

The oldest of our tribe right now is Flaps. Yes, Flaps, like the control surface on an airplane. He is the fifth in a series of aviation named cats. The first three were Pitch, Roll, and Yaw. There were also Stick and Rudder.  They are gone now, but Flaps, now six-teen years old, remains.

We started the series when we acquired an airplane hangar with an apartment. The cat’s job, besides keeping us company and entertained, were to keep rodents under control in the hangar. Rodents can be very damaging to aircraft and this was our way of dealing with them. Our version of barn cats.

Flaps is an odd cat. His black and white coloration is more like a cow than a cat. He was born to a feral mom who lived in a rock pile at Maison Steinbuchel.  Apparently, he wandered away from his mama one day.  My husband heard him mewing at the top of his little four week old voice, snatched him up, gave him some tiger’s milk and a warm place to sleep. He slept for 10 hours, woke up and decided life in the “big house” was now home. It did not take any time at all for Flaps to adjust to civilized life.

If I were to describe him is a word, it would be “curmudgeonly‘. He grumbles and grips about almost everything, except meal time. Even then he is quite animated.  If meals are not exactly on time or served with the swiftness his tummy says it should be, he paces meows and even slams doors. Yet he is lovable; he makes us laugh out loud – a lot.

*We had to have most of his tail amputated after he broke it in fight with a neighbor cat. He is also missing one of his toes as the result of another skirmish. Flaps does not like to fight and obviously is not very good at it.

Flaps is attached to us: He leans and cuddles, but only when he is ready. He greets us when we come home, hates it when we leave and is very clingy for days upon our return.

Cats are a part of my Stonebridge. Perhaps not essential, but one of those extra decorative fun stones. God created the soul-ish animals on the morning of the sixth day just before creating mankind in Adam. Even though this soul-ish order of creation was found lacking as a satisfying companion for man, the value of these creatures is real. We need spirit union, which is a dimension deeper than the soul. However, our God doesn’t just supply us with basic essentials but also with the extras. The furry creatures that purr, bark and wag tails, those are important too!

Do you have a fur baby that has added value to your life?  Let me know in the comments below.

Previous: A Return to Mission Aviation Fellowship (MAF)
Next: Maggie – Another Cullen Cat At Maison Steinbuchel