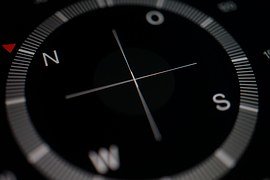 “We all come from different paths in life but we can find common ground.” ― Nanette Mathews

I sat in a conference room of a large radar facility facing a potentially hostile group of air traffic controllers as our team briefed the purpose of our visit. I was part of an air traffic evaluations team whose purpose was to identify indicators or “causal factors” that would impact air traffic safety.

Our visits were rarely welcome.  This facility’s recent stats had indicated the potential of converging into a serious hazardous air traffic situation. Tensions were high.

Yet, no one wanted the consequences a catastrophic event would bring.  Management, staff and union were deeply entrenched in their respective positions convinced of their rightness.  Fear lurked as all eyes were fixed on our team. I breathed a prayer for wisdom as we spoke.

Getting The Job Done

The air traffic world is composed of Type A, ‘I’m in charge” personalities.  It is a required component enabling one to do the job at hand.  Behind the bravado, are people who know that on any given day, weather, system failures, and established processes can fall short and you, as the controller, must hold it all together.

Most of the time, in fact, a majority of the time, it all works amazingly well.  Yet, being a dynamic environment, things shift and, instinctively folks know that “something is not right”.  At these times, an outside set of eyes can help discern underlying issues.  This facility needed us.

Outside help is hard to take when you know you have been doing the best you can, but not succeeding.  To an air traffic controller this feels personal, because we take our jobs very personally.  It is a delicate thing to walk into, therefore, finding common ground is important for a way forward.

It helped that all of our team had actively worked traffic in the past.  We knew how this feels.  None-the-less, we were intruders into this space.

As we went through the In-briefing explaining the process and how they would be involved, the atmosphere softened.  At one point, I could sense a lack of ownership of these issues in each of the groups.  Each felt they were a victim of the “other group”.

If there is one thing air traffic folk are repulsed by it is feeling and out of control, and like someone else is calling the shots.

As the union spokesperson elaborated the obstecles to finding solutions to the issues at hand, I commented:  It sounds as if you are letting the situation is define your facility rather than owning what has occurred.  Would it not be better for you to choose how your facility is defined?

In other words, you are thinking like a victim.  The reality was, air traffic at this family had slowly shifted and steadily grown.  The long standing procedures and processes were no longer adequate to deal with this growth.  The reason they could not see it was two-fold:

Once ownership of the issues at hand was taken and common ground found, the first step toward progress was made.

At the end of our week long visit, with the active participation of controllers and staff (who were also certified air traffic controllers), the facility had a workable action plan.

Finding common ground seems rather a pipe dream in our current world.  There are times when all you can do is agree to disagree.  Of course, when safety is truly at risk, there is a bit of leverage to get to agreement.  My prayer is that soon, we are able to retrieve the “agreement”, even if it is to disagree and get on with life.

Has there been a time when finding common ground was necessary?  Please share in the comment section or email me at: nhcullen@cfaith.com

Previous: How To Cultivate Your Inner Garden
Next: What Is Special About An Atlas Drill Press?