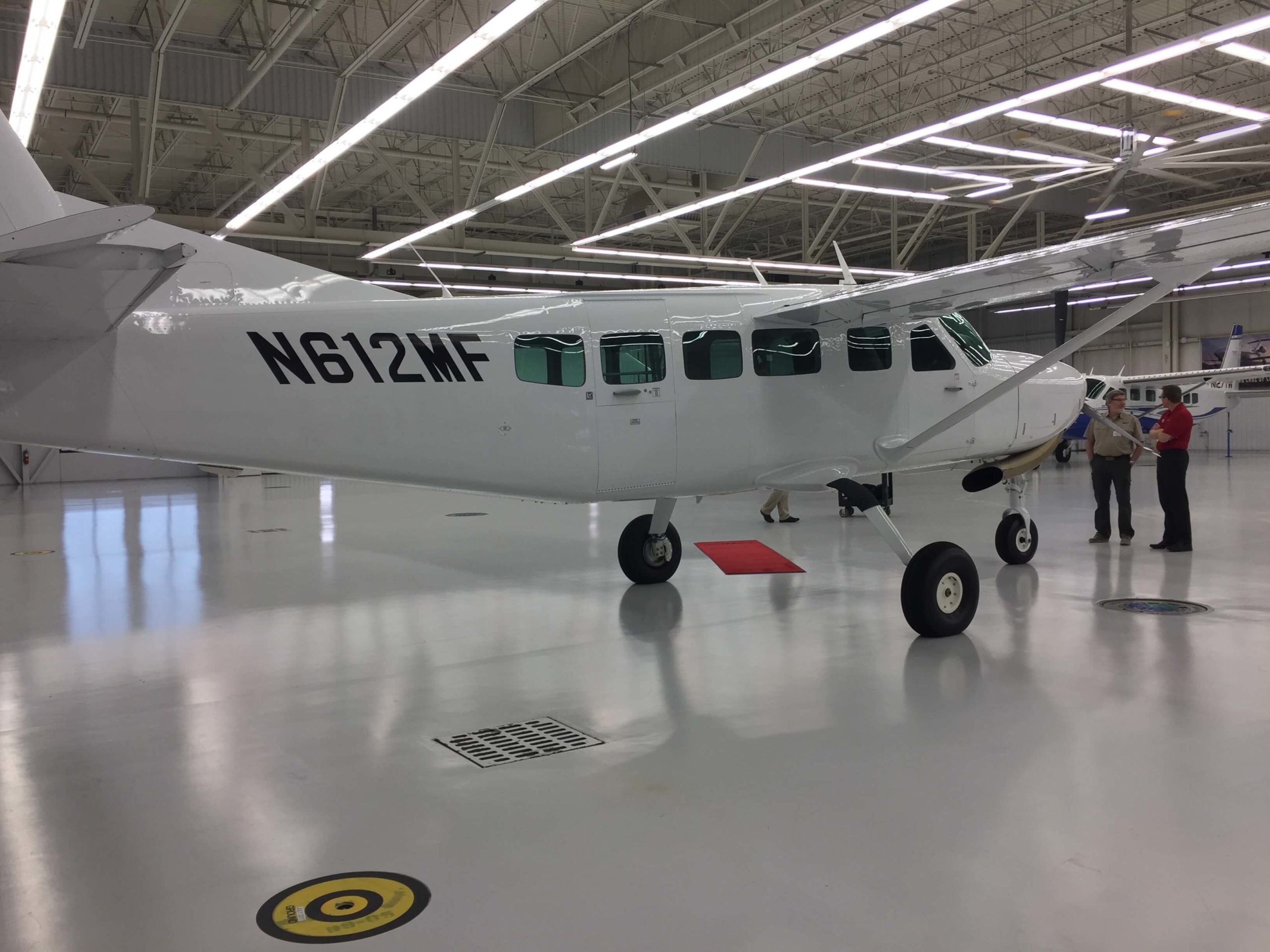 “That your days may be multiplied, and the days of your children, in the land which the Lord sware unto your fathers to give them, as the days of heaven upon the earth.”   Deut 11: 21

Recently I was privileged to be part of a delegation who converged  at the Textron Customer Delivery Center in Independence, KS to take possession a brand new Cessna Caravan headed to the mission field.
It will transport:
to and from places no one else goes.  This one, a Grand Caravan, is destined for Merauke, the most southeast point of Indonesia on the Island of Papua.
The day’s program included:
When mentioned that this aircraft was replacing a caravan with over 20,000 hours, there was a audible gasp among the Textron employees.  They understood:  that’s a lot of hours!
He also mentioned Cessna Caravan serial number 10 was among the aircraft to be replaced in the next year.  Again, an audible reaction from the crowd, since this aircraft rolled off the Cessna assembly line, pre-dating most of them.
No one can dispute the care and stewardship of these aircraft given their longevity in service!

As in any delivery flight there were a few minor “squawks” to deal with, most identified by the delivery pilot.  So the rest of us toured the factory while folks “de-squawed” the airplane .  Seeing aircraft in their various stages of birth is both exciting and sobering.  There were Cessna Mustangs, 172s, 206s and 208s. The precision and detail managed on the scale required is impressive.

But there was an extra treat in store for our group:  we were able to see the next two  Caravans in process!  One, in the assembly stage and the other receiving its paint stripes.  If I have it right, these two, along with two more will go to the field in Papua New Guinea sometime in the next year.

Cessna From A New Place

Personally, this was my third time at the Independence Plant.  In 1997, I was invited to tour the factory as the FAA Air Traffic Representative, a year after the plant opened with the Cessna 172 line.  Then in 2009 I returned as an FAA Air Traffic Evaluations Specialist to give the newly opened airport traffic control tower its first official FAA Evaluation.  This time was my first visit as a non-Fed, which made it a whole different experience.

As a native Kansan, current Wichita resident and private pilot, I have been aware of the legacy of Textron (Cessna, Beechcraft and Hawker) aircraft.  It  goes deep and wide in our community DNA.  At my local church, there is a segment each week called “the church outside the walls”.   Pastor highlights member’s activities out in the community at this time.  This week, they invited me to say a few words about my trip to Independence.

After service, a retired Cessna mechanic/engineer who worked on the design and prototype of the Cessna 206 came to me.    He asked if I had noticed a rod on the aircraft used to keep the passenger door from hitting the cowling when both are open.  I had.  He proudly recounted how he had noticed that problem in the early stages and provided the fix.
I will now always see that rod as “Tom’s Fix”.  It blessed Tom to know his part as these aircraft carry help to the isolated people of the earth.  That “they may:

What could be better than airplanes demonstrating love in the form of food, medicine and other essential services?  So that “Days of Heaven on Earth” might come to those who happen to be born in isolated locations?

For this lady pilot, who earned her wings in a Cessna, not much!

What practical ways do you demonstrate love?  Please share in the comments below.