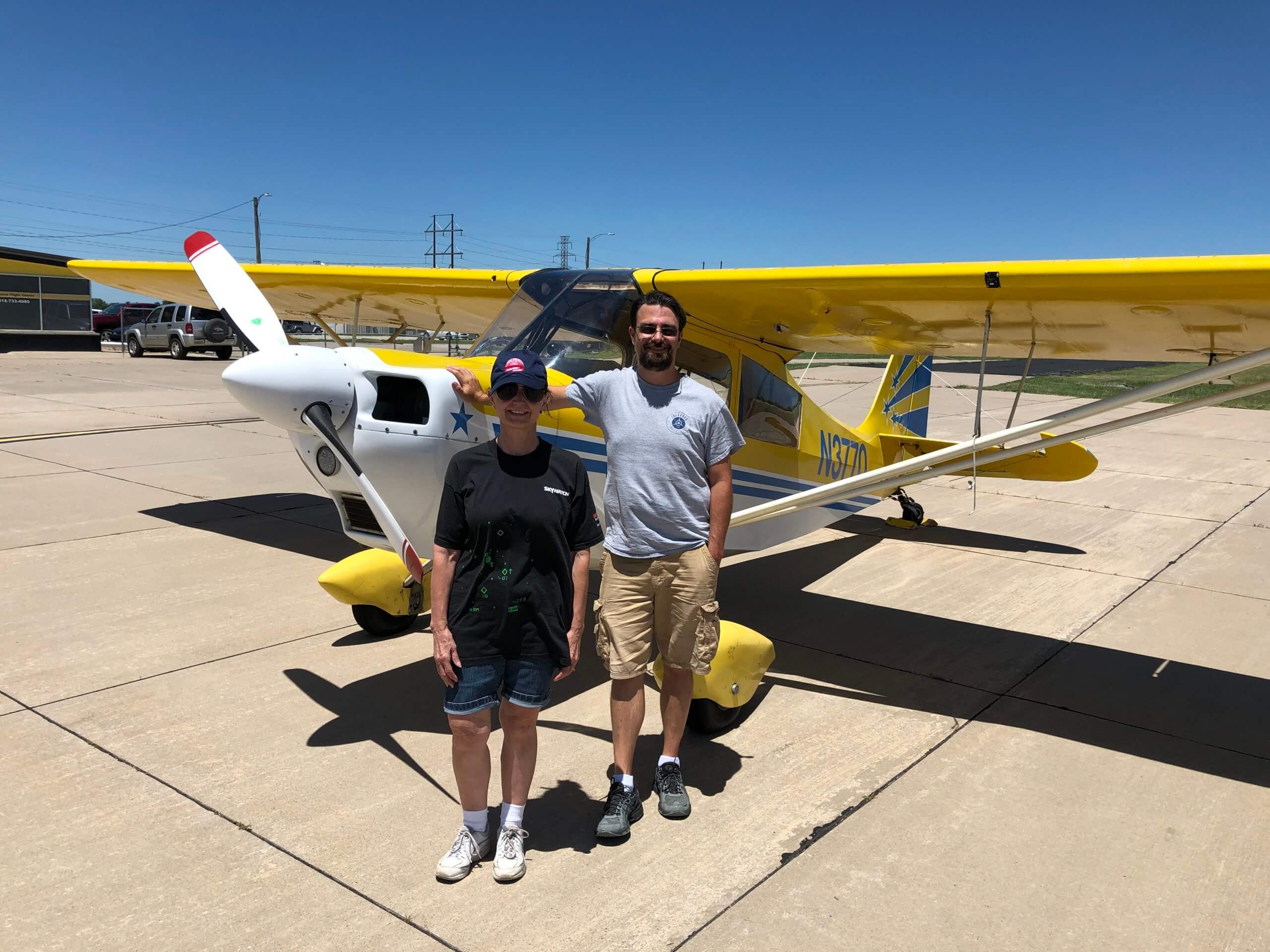 In the Fall of 2019, I applied for and was awarded a scholarship from Women In Aviation (WAI), for training toward getting a tail wheel endorsement.  But why bother?

I earned my private pilot certificate, single engine land (SEL), in 1992 in a Cessna 152, a tricycle gear aircraft.  Over the next few years, I flew, as a student, many different SEL and even a few multi-engine aircraft , but never acquired any other pilot ratings.

I was content to fly the 1961 Forney Aircoupe, one of two aircraft I inherited from my father.  It has all I want, a simple, reasonably inexpensive way to depart the bounds of earth from time to time.  I even take a cross country trip on occasion.

However, the other inherited plane is an Experimental Aircraft Association (EAA) Biplane. It was in “kit” form.  In other words, in component and parts Daddy began building from blueprints in the late 60s.  It has been in storage for, well, a long time, and frankly was not sure what I would do with it.

But a couple of years ago, my local EAA took the biplane on as a chapter project.  So, if I am going to fly the biplane when it is completed, I have to learn to fly a stick and rudder, tail wheel aircraft!

The Comparison – Aircoupe vs. EAA Biplane

As I said, I have been quite content to fly my little red coupe.  It is just my size, docile, and ever so cute.  I know her inside and out.  We have been through a lot together.  However, The Aircoupe and Biplane have only this in common: they are both single engine aircraft with no flaps.

In other words, these two aircraft are on opposite ends of the SEL spectrum.

Other Reasons To Bother

In July, I received my tail wheel endorsement.  My primary motive is obvious, I want to fly the biplane!  In the process, though, I expanded my piloting skills by:

Stepping outside one’s comfort zone in any endeavor feel risky because it is!  Tangible or intangible, fear lurks and seeks to keep us at bay.  But once motivated, and you step out, there are always extra benefits “to bother”.

What will you “bother” to do this week?  Make a plan to do one thing outside you comfort zone and share it in the comments!

Previous: How To Keep This Summer Special
Next: The Joyful Pleasure Of Riding A Bike