The one thing that you have that nobody else has is you. Your voice, your mind, your story, your vision. So write and draw and build and play and dance and live as only you can. – Neil Gaiman 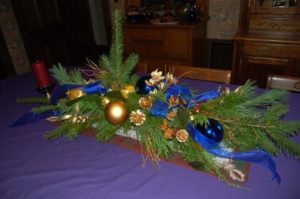 The story of the nativity would be incomplete without the shepherds “keeping watch over their flocks by night”.  They were the first to hear the announcement, beyond the immediate family, that something extraordinary had occurred.   A very special baby boy had been born.

I have heard this story for as long as I can remember.  As a child we read the Christmas story in our home every Christmas Eve, heard it at church and even reenacted it as a drama to the best of our ability.  But who were these men?  Why shepherds?

Shepherds have an ebb and flow of status in the Bible.  In the early days of the Patriarchs they held an important place.  Abraham, Isaac and Jacob (renamed Israel) were all nomadic and owned large herds and flocks.  Along with provision and lively hood, these were a sign of wealth of the day.  However, their neighbors, the Egyptians, did not hold shepherds in high regard at all, and when Israel devolved into slave status in Egypt, it seems this attitude toward shepherding remained with them even after their exodus.

Still there were shepherds.  In the time of David, he was found tending sheep when anointed to the King.  The fact that he was the youngest and his station in the family not highly regarded, indicates the low status of those who tended these woolly necessary creatures.  As David rose to Kingship, so did the status of the shepherd for a time.
However, at the time of the birth of Jesus,  shepherds were regarded about the same as the tax collector (think IRS).  They were not allowed to even speak in a court of law.  They had no voice.  The particular shepherds on that special night, were tending the flocks for the temple.  These were the sheep used in the daily required temple sacrifice.  One would think they would have some kind of status, but apparently not.

A Voice Is Who We Are

Having a voice, a place to be heard is fundamental to person-hood.  It is unique to mankind.  Think about it, being unable to to express oneself lies at the very core of human rights.  It is the first thing attacked when one person, group or nation moves to conquer another.  Freedom of speech is deeper than the US Constitution.  Having a voice, to be able to speak is in our DNA.

One of the two aspects of this BLOG is to “give lost stories a voice”.  I have wondered why this drives me so.  Why I need to:
Being an advocate, a voice, in these areas nourishes my soul.  It is even nicer when people listen and respond!
Along with this BLOG, I compile books about my dad and others: amplifying their voices so they do not fade.  It is my desire to spark others to do the same.  Oral tradition is good, but written lasts longer.  By the time of Moses, mankind realized it was imperative that history be written and recorded, thus Moses recorded the first five books of the bible.  God inspired this.

Having A Voice – An Honor And Responsibility

So God, sent His angels to the voiceless shepherds, and entrusted them with the biggest news ever.  God chose them, to hear the biggest announcement in history:
Then the angel said to them, “Do not be afraid, for behold, I bring you good tidings of great joy which will be to all people. For there is born to you this day in the city of David a Savior, who is Christ the Lord.
And this will be the sign to you: You will find a Babe wrapped in swaddling cloths, lying in a manger.”  And suddenly there was with the angel a multitude of the heavenly host praising God and saying: “Glory to God in the highest, and on earth, peace, goodwill toward men!”
and then they went to be the first to see the Christ child.  Not the religious or political leaders, the voiceless shepherds.  God sought out, burst in on and spoke to those who were marginalized. Then God gave them a voice and people listened:
“Now when they had seen Him, they made widely known the saying which was told them concerning this Child. And all those who heard it marveled at those things which were told them by the shepherds.”

Since God created us as we are, He is aware when we feel or actually are voiceless.  He also makes a way for us to be heard.  Perhaps not quite as dramatically, but still, You have a voice and it matters.  The Creator of the Universe says so!
Is there a time you felt or were without a voice?  Please comment below.
Previous: Thanksgiving Love, Peace And Blessings From Maison Steinbuchel
Next: 2017 Letter To Friends And Family – The Black and White Box