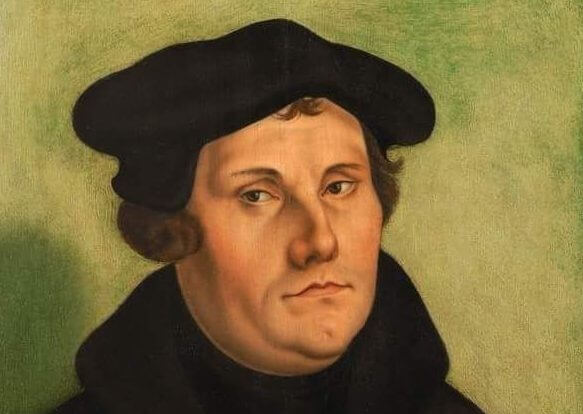 I am not a Lutheran.  Although I appreciate much of their theology, I attended a Methodist Church growing up.   A movement that grew out of the Anglican church and although much removed from its roots – the tree does flow back into the Roman Catholic faith.  However, there is no disputing the effect the reformation had on both the faith of my childhood as well as the path my German ancestors took.

In the mid 1860’s my great great grandfather and his brother, left Germany for the United States.  The conditions that created the need to leave home were a combination of religious and economic upheaval.   This led to a major shift in the social structure of the time.  There were some natural climatic cycles that also affected the food supply of the region.  A long standing backdrop to all of this was the protestant reformation which began about 350 years prior.  At the time my ancestors made their move, the effects of Martin Luther’s actions had all but crumbled the feudal system.
I have no doubt that once in the United States my ancestor clung closely to the German speaking community of immigrants as he made his way west to Kansas.  Once settled in Kansas, he became a part of the Methodist church as Lutherans were not a major part of the landscape in northern Kansas.  However, this could have been the influence of my great great grandmother as to what church they affiliated with.  I get the sense that he was a man of faith,  however tending to the land and ensuring his family was fed took priority over religious activities.  Still if it had not been for the Reformation, I am not sure what the time line would have looked like for my family.

Luther And A French Education

Even though not affiated with the Lutheran Church, both my husband and I attended the University of Strasbourg, which is soundly rooted in the Reformation.  Yes, a French University whose founding faculty was that of protestant reformation theology.

Our classes were held in the Palais Universitaire building.  The Palais is striking for the statuary of its façades, which pay hommage to a number of scientists, theologians, theoricians and thinkers with Germanic connections.  A total of thirty-six in all, including Luther, Leibniz, Calvin,
Kepler, Kant, Spener, Lessing, Gauss.  I believe that Goethe is also among the figures, but I know at least he was an early student.  Another early student was a descendant of the count my ancestor “worked” for.
Wow, Mr. Luther sure knew how to shake things up, right down to my education.

Martin Luther Gave Us A Voice

Of course, Martin Luther’s actions on October 31, 1517 affected the entire western world.  His assertions, along with the ability to mass print on the newly invented Gutenberg Press, gave the common people a voice.  Oh my, what a revolution.  It continues today.  If you think about it, he gave content to the social media of his day.  People were empowered and it spread.  It grew.
And so, when the opportunity came, my ancestors took that sense of empowerment and traveled to Kansas.  They settled, raised a family and enjoyed a level of freedom my ancestors had never known.  As we celebrate the 500th anniversary of Martin Luther’s challenge to the error of the day, we ought to give thanks for his courage.  No matter:
…we all owe Martin Luther a great deal.  We have a voice and know we do, because Martin Luther helped give us one.
Use your voice.  Please comment below with your thoughts and don’t forget to subscribe.

Previous: Opportunity And Surprise Phone Calls – Being ready, In Season and Out
Next: Happy And Blessed Thanksgiving – Practicing Gratitude