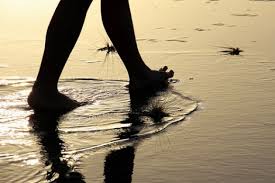 I consider myself a fairly independent person.  Taught to carry my own weight, do my part and not quit, I champion getting things done.  I like my time alone.  Yet,  it is when I am part of a team walking in the same direction that I truly enjoy success.  Personal experience bears this out:

The Same Direction With Company

There are a number of misconceptions I have had to acknowledge and overcome as a part of a team.  I like to get things done efficiently and quickly.  When forming a new team, there is always the coming together period.  This upfront activity does take time, and I have learned it is valuable in order to:

For me, a lot of personal satisfaction comes from a task or project completed.  I really hate “wasting time” or other resources.  I have not always valued the above activity.  This was because my version of wasting time was any time spent not getting something tangible done.

This comes from my preferred “wade in and figure it out as you go” methodology.  It is not a bad one when you are working alone.  It also works well is situations in which all parties are already aware of the plan, destination and process.

However, for the long walk in the same direction, the upfront time will make the journey more fruitful.  Especially when it is a new endeavor.

I am a part of one of those new endeavors.  An EAA  biplane my father started in the late 60s is now in the hands of a new team of which I am a part.  It began as a solo project of my father.  Later, we had planned to work on it together as father and daughter.  When Daddy passed, the project all but died with him.

In the past weeks, my Local EAA Chapter members have begun the first hands-on time of this endeavor.  One team is tending to the wood components, the other the metal.   Comparing what is against plans, taking inventory and defining steps forward.

Grace has provided a fresh same direction.  Grace for the long walk is at hand, and with this team, it will go far.

Do you have a long walk project underway?  What part is teamwork playing in it?  Please share your thoughts and comments.

Previous: Exciting First Steps For Biplane Dream Underway!
Next: What Is Fear And How To Beat It