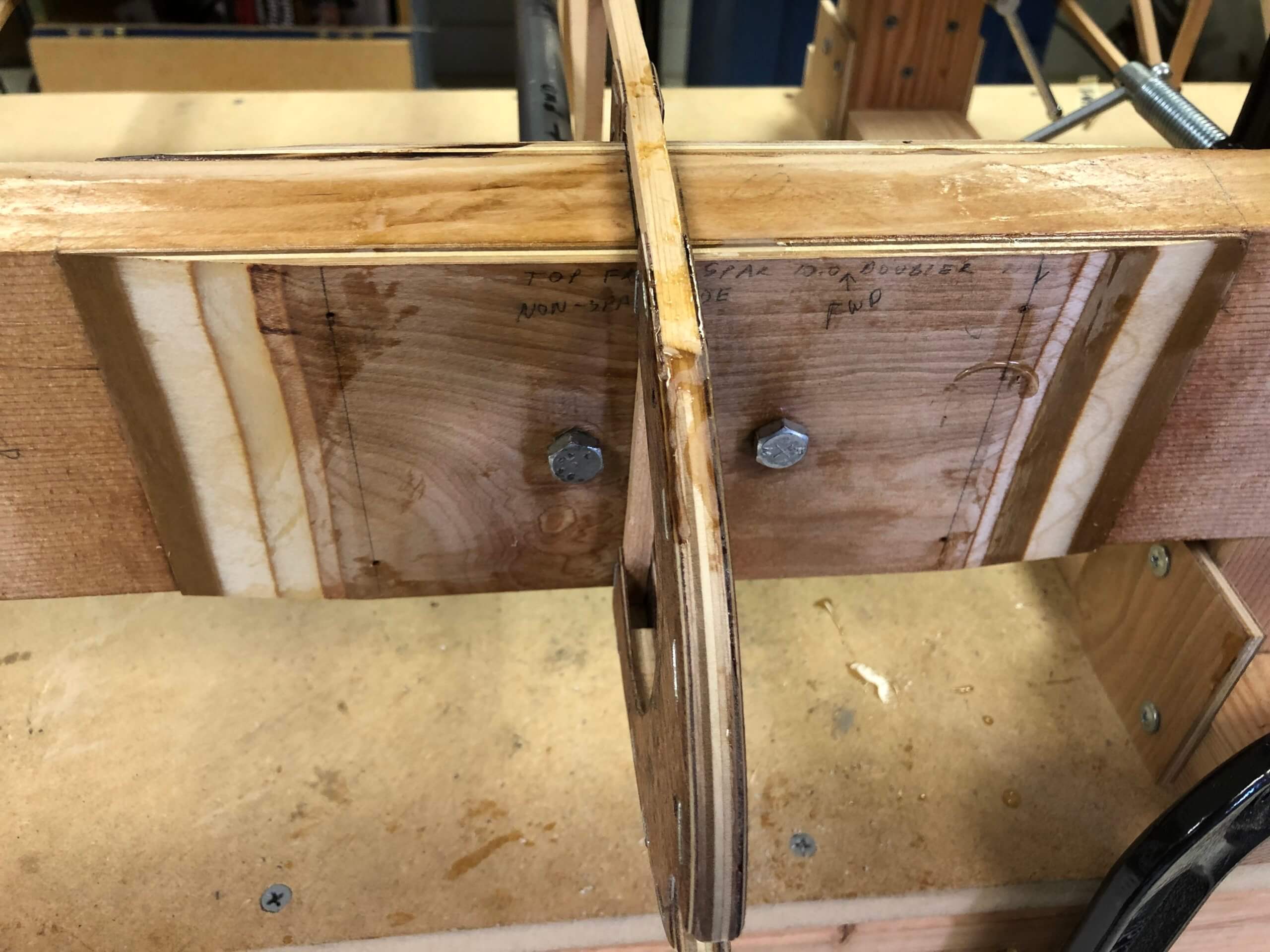 You can’t build up a vocabulary if you never meet any new words.

Each time I find myself in a new experience realm intriguing new vocabulary appears.  For this new amateur airplane builder, each time my EAA Chapter workgroup gathers around the chapter biplane project, an adventure ensues:

flow abundantly.  After one session I casually responded to his usual “what did you do” inquiry with, ” we are scarfing the doublers for the wing spars”. His head cocked slightly at these strange words I had just spoken, thus an explanation and discussion followed.

This was not unlike the days when I actively controlled air traffic.  I would speak “air traffic control” in our daily conversation bringing on the same curious but eyes glazed-over expression.  David is not intimidated by new words, in fact, he enjoys them – odd aviation terms or otherwise.

For the veteran builders and those who have already decoded the lingo, I am sure you find this amusing, but for us entry-level folks, it is a brave new world!  By the time you read this, all of the doublers will be appropriately scarfed for all four wings.  Another small step in the wing assembly behind us.

This step, by the way, was not one my father did in the original construction.  We began with a project my father started in the 60s.  Since then a number of enhancements made their way into the plans.  A sort of  2.0  Thus we are upgrading to a revised set of plans with increased structural integrity.

The original plans called for 1/8″ doublers- no scarfing. We upgraded to 1/4″ doublers – scarfing required.  Lest some have images in your head of neck scarves wrapped around wood wing spars, let me explain.  A scarf (noun), in this sense of the word, is defined as:

1: either of the chamfered or cutaway ends that fit together to form a scarf joint
2: an in-line joint made by chamfering, halving, or notching two pieces to correspond and lapping them

In everyday terms, I would describe it as tapering the two ends of the doubler.  Why scarf instead of taper? I do not know.  The origin of the use of “scarf” in this sense seems a bit elusive.

Scarfing has to do with the disbursement of stress along the wing spars. I am sure there is an engineering equation to go with this, but thankfully someone else figured that out for us amateurs.

The good news is the upper right wing of the biplane is steadily progressing:

The final assembly of this wing is at hand,

In the meantime, I continue to amass intriguing new vocabulary to insert into conversations.

What new vocabulary have you been thrust into?  Please share in the comments one of your more obscure words for our edification!

Previous: Three Key Lessons From The Virus – Efficiency- Rest – Gratitude
Next: “Go With Aircoupe – The Plane That is Going Places”