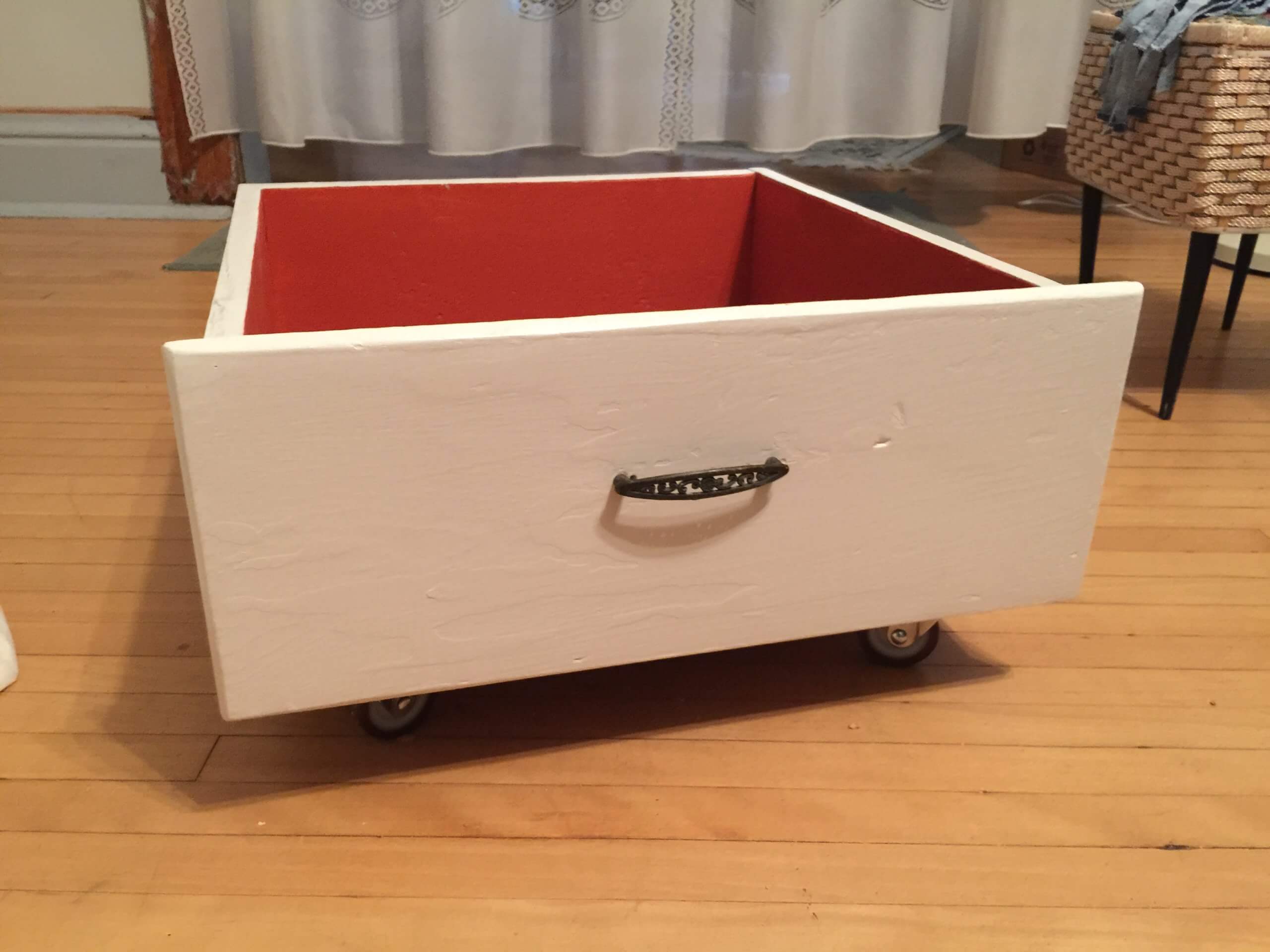 Heredity is the law through which the individual receives from his parents by birth his chief vital forces and tendencies, his physical and spiritual capital.

Old drawers, or more exactly, drawers that are no longer useful as drawers but remain in tact, call to me.  If you have read some of my previous BLOGs you know a bit of my passion for rescuing things.

I come by this tendency honestly from both my mother and father.  On my dad’s side, they just kept stuff because “I might need it someday”. In some cases that was true, but usually it just meant things stacked up.

On my Mom’s side, the farming folk, it was somewhat the same, but the German genes forced things into something useful.  Not always in a pretty way but useful none-the-less.  Nothing and no one sits idle in a German household for long!

In both cases, these things represented an asset; money and time that did not have to be re-spent.  It represented frugality and, yes, in some cases a fear of not having enough.  These were families whose psyche were formed by the years of the Great Depression.

I did not know that kind of lack.  Not even close.  Cash was not abundant, but we had nice things.  Mom knew how to re-purpose, up-cycle and re-cycle before it was a “thing”.  However, she did not abide clutter and enjoyed making things look pretty. Things in our home were neat and tidy.

When I see an old drawer my DNA takes over, times two.  It takes some skill to build a good drawer.  I am in awe of the old kitchen cabinet drawers from 70+ years ago, that remain solid and sturdy when the cabinets or cupboards that once housed them are long gone.

Not elegant and built primarily for function:  to put things in, they endure.  So when I come across an old drawer it goes into my project room.

At one point, I needed a foot rest under my desk, so I grabbed an old drawer, turned it upside down and placed it under my feet.  Functional.  Dad would have left it at that.  But then, my mother’s DNA kicked in.  I wrote about the process and result here.
My Old Drawers Pinterest Board is where I collect ideas from others as well as post projects I have completed.

What Traits Reside In Your DNA?

This reusing stuff gene is a stone in my bridge handed down via DNA.  However, to be viable, it had to be recognized, nurtured and exercised.
I do not need to do this to save cash (although that is a nice benefit), nor even to save time.  I could just toss these things out or donate them (which I do this in some cases), and tap an app on my iPhone to order something new (which I also do in some cases), but there is a place in me that is not be satisfied with that.
There are stones in your bridge waiting to be discovered, unearthed and placed in a more prominent place along your journey.  A gift of music?  painting?  Writing?  Perhaps a skill that has laid dormant or was set aside.
Some area of interest that cries in you for nurture and expression.  Something that satisfies your soul.  Give yourself permission to recognize what it is and say it out loud.  Today.
In the comments below, in one word, describe that latent something within you that you want to pursue.

Previous: Multiplying Days On Earth With Airplanes
Next: How To Plan For Wildcards – Planning The Unknowns

3 thoughts on “Old Drawers And An Honest Inherited Tendency”