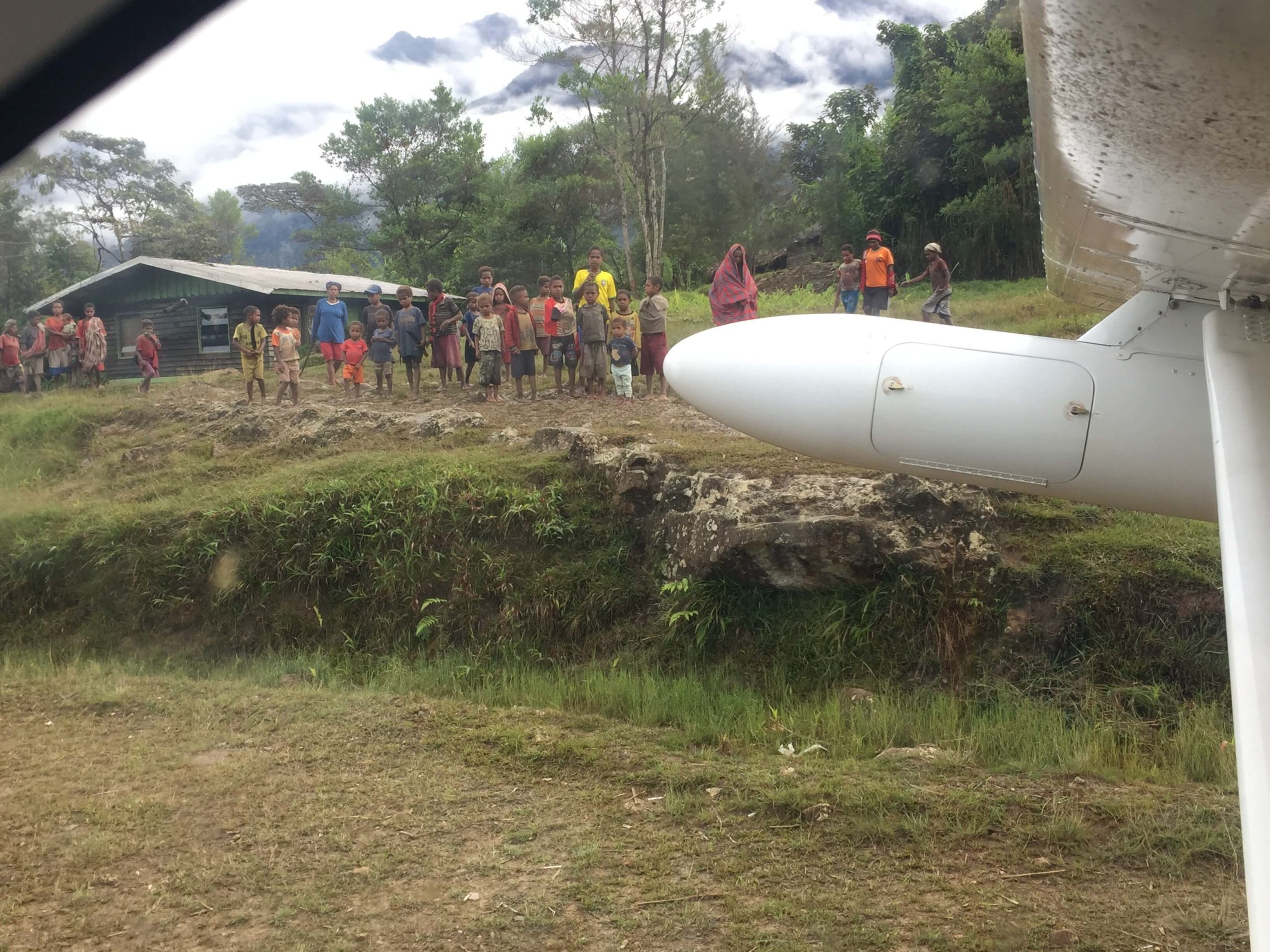 During a trip to Indonesia,  I was  loaned a book, Lost in Shangri-La. The book centers on a tragic accident that occurred May 13, 1946.  A would-be pleasure flight departed

from Hollandia, now Sentani, Papua Indonesia. Twenty-one U.S. Army servicemen and WACs died in the crash.  The three survivors, two men and a woman, emerged from the wreckage emotionally devastated and badly injured.  The plane had crashed in the mysterious New Guinean valley known as “Shangri-La”, now the Baliem Valley.

It outlines how the three survived by hiking through the mountains to a clearing where they would more likely be spotted by rescue operations.  This journey also brought them face to face with a primitive tribe of superstitious natives, now known as the Dani, who had never before seen a white man – or woman.
Drawing upon interviews, diaries, declassified documents, and his own treks to the remote villages of Papua, the author reveals how the determined trio traversed the dense jungle to find help a brave band of  paratroopers risked their lives to rescue them  contemporary natives remember that long-ago day when strange creatures fell from  the sky.
A great read.  As I read it on site with two flights to the interior on my schedule, it was mesmerizing.  The story itself is interesting, but the back stories the author provided added a depth that is hard to put into words.  Get the book.

However, the purpose of this post is not a book review, but endeavor to share some insights the book and my time in Sentani provided about:
The aftermath of the discovery of this valley and very publicized rescue of our servicemen and woman, was that missionaries, anthropologists and all manner of folks from the “outside” began to visit and move into this previously unknown valley.  Tribe after tribe of people who lived in isolation were discovered and continue to be discovered even today.  Most had different spoken languages and no written language.  They lived in community in their own way, yet in isolation from even neighboring tribes.  Except the times they went to war.

The Gift Of Choice

So why bother with these people?  Why not just let them be?  Some groups have been critical of the “loss” of an interesting link in man’s anthropological chain.  I find that puzzling.  If you google “isolation“, it is rarely considered a positive thing and never so for extended periods of time.  It is linked to all manner of physical, emotional and mental dysfunction.  Which leads to the root cause of the isolation these people lived in for,

perhaps, thousands of years.  Fear.
On my flights over the valleys and peaks of several mountain ranges, I could see clusters of houses and huts. There were very few, if any, roads and none that went very far.  The jungle overtakes foot paths quickly thus. geography contributes to this isolation.

Yet, other parts of the world  inhabited for similar amounts of time have moved far past geography.  The real barrier in most cases here is fear.  Fear of the unknown, of spirits, many believe, that will harm or kill if they wander too far.  Rivalry remains between tribes even though most do not go to war any longer, at least in the ancient manner.  Suspicion and even superstition can be, well, comfortable, unless you have a choice.

These barriers have weakened over the past 70 years.  Primarily through providing people with a written language.  It starts by a family with linguistic training moving in to live with the tribe.  Yes, moving in, setting up housekeeping and living among people with whom they can neither initially communicate with nor understand.  Once settled, the process goes something like:
Along the way translation begins.  Yes, in most cases the Bible is used as a starting point.  The process includes teaching those in the tribe who desire to, to read.  In most cases this interchange involves the student’s input into the translation process.  In our world we learn to speak, then read and write.  If there is no written language the latter two language expressions are non-existent.  I wonder what it must feel like to see the sounds you have been making all of your life on paper?  I have seen the eyes of those light up in that very moment.  It’s a wonder to behold both for the translator and the student.

The Impact Of A Written Language

Having a written language and becoming literate gives one a sense of identity.  It opens up the world.  Through the written word, books, one can travel the world, see possibilities and bring those possibilities to daily life.  Fears begin to dissolve, and courage takes it’s place. In short, choice emerges.

How Far IS Far Enough?

Most of my time in Sentani was helping on a project to centralize the aircraft parts inventory of Mission Aviation Fellowship.  What does this have to do with helping people trapped in isolation and fear?  The inventory I dealt with serves to keep ten, or so, Cessna aircraft maintained and flying.  This ensures  flights to over 600 isolated locations in the valleys and mountains of Papua Indonesia end safely.  Locations not accessible by any other means other than foot.
These flights provide passenger and cargo transport for translation work and supplies for people who live in remote locations.  They include medical care and supplies,
transporation for teachers and even family members.  They saved 253 YEARS of hazardous difficult travel over land in 2017 alone.
So how far do we go to provide people trapped in isolation and fear a choice?  As far as necessary.  In my case 30,000 miles and 50 hours of flight time.  I am grateful to have had a  small part in this.  Yet, as I look around my neighborhood, the places I frequent, I realize that far, could be just a walk next door.
Has fear been a factor, to some degree, of isolation in your life or the life of a loved one?  What did you do to step past that barrier?  Please comment below.

2 thoughts on “Choice: How Far Is Far Enough?”