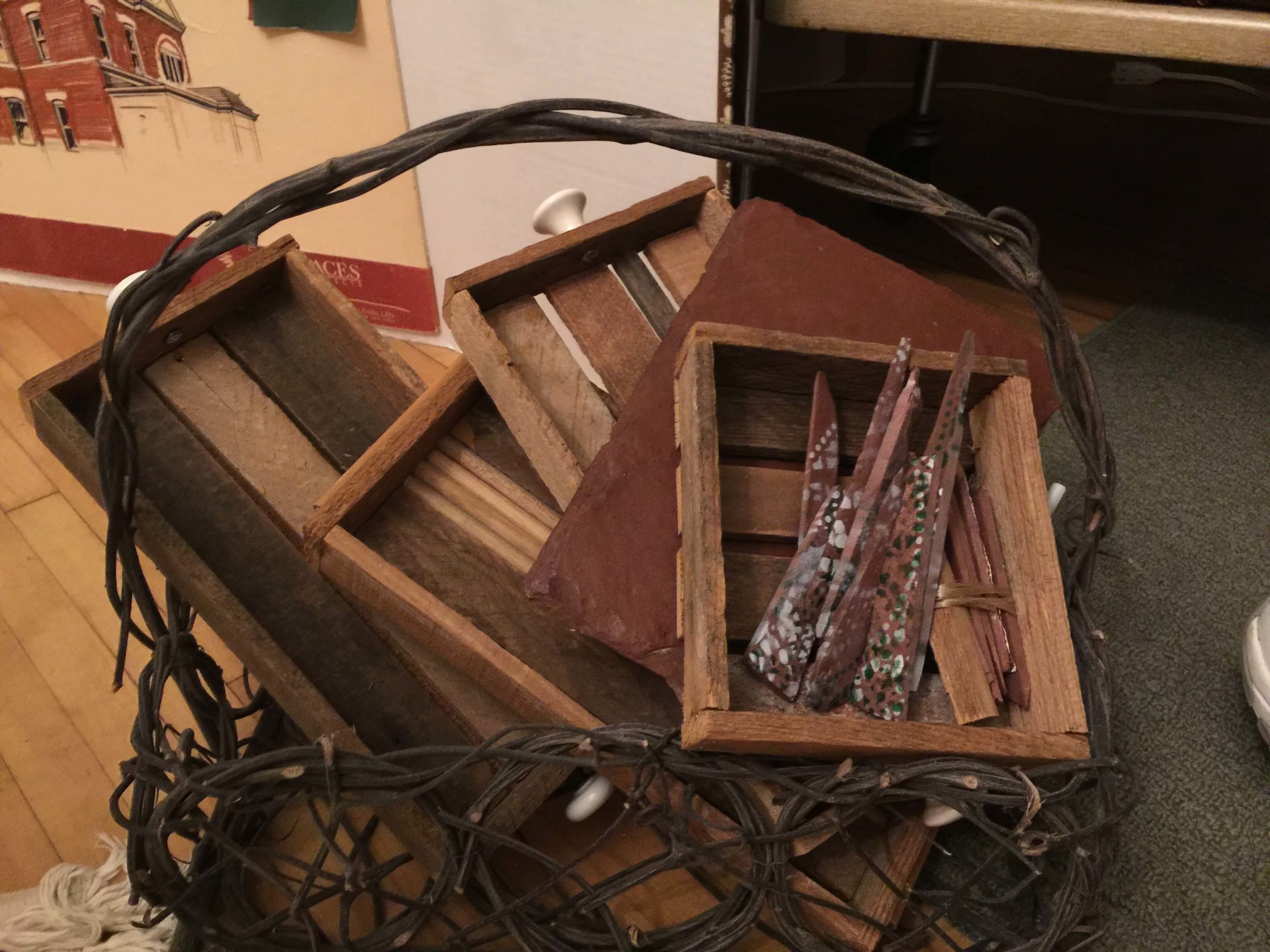 What do we plant when we plant the tree?
We plant the houses for you and me.
We plant the rafters, the shingles, the floors,
We plant the studding, the lath, the doors,
The beams  and siding, all parts that be;
We plant the house when we plant the tree.
by the American author, Henry Abbey (1842-1911)
The second verse of the Poem “What do we Plant?” reminds one of the value of reusing, re-purposing and re-cycling.  These actions honor the source of such things, some element of creation provided the needed ingredient for some aspect of life on earth.
It also reminds me that second and third uses are honorable as well.  It helps make the process of rehabbing and restoring a house more palatable. Believe me, one needs all the help one can get in the midst of the dirt, demo and tedium that follows the initial dream and vision.

We purchased a couple of properties next to our historic house some years ago.  We knew when the homes went up for sale, the likelihood of becoming rentals was high.  Not looking become landlords, we purchased them in order to choose our neighbors!
When one of the homes was vacated we began readying it to rent again.  Partway through the process, we decided to rehab it for us to move into so that the historic restoration of our home could proceed without our having to live in the mess and inevitable mayhem.
We have done a bit more than we initially intended including rewiring  and finishing out the attic.  Both were on the to do list but for a later date.  The walk up access to the attic of this 1900’s bungalow appeared shortly after it was built.  About the same time, a lath and plaster bedroom emerged in the south gable.
According to city directories, this room accommodated the brother-in-law of the owner with its own address.  There was a light bulb hanging from the ceiling and a gas pipe that would have fueled some kind of free standing heater. For air in the summer, we suspect an open window and a small fan sufficed.  There was also a small closet.  Sparse but adequate.

When we decided to finish out this space, we wanted to incorporate the room into the plans, but in the end, it was just in the way. Reluctantly we decided to demo the room.
It was a mess, but the two guys who did the work, received some kind of weird joy from the dirty, dusty sledge hammering of the lath and plaster walls.  We hauled the plaster away, but I had them keep the wood lath.  I had no idea what I would do with it, but its rustic, uniform aged look was hard to resist.
Next we had the knob and tube wiring replaced.  This resulted in buckets of neat shaped porcelain elements that cried for a new life. Again, set aside for a new purpose.

My first project was making ten planters or lantern out of the lath.  These served as centerpieces for the 80-year celebration of a dear relative.  The bases were made of lath laminated and cut to size.  The laminating led to making trivets, stands and hot pads to sell.  However, I was barely making a dent in the pile of lath.
As I listed these things on my on-line shop they began to sell.  I also received a couple of inquiries regarding any raw lath I had.  These inquiries led to a large shipment of lath that ended up on the ceiling of a bar in Culver City, CA.  Another went to and artist in Laguna Beach for a top secret custom project!  Still I had pieces left to continue making things.
At some point I began to combine the lath and porcelain into pieces.  A sort of memento of the attic at the W.B. Alliston House on Park Place.    I have a limited number of items still for sale.  For information email me at:  nhcullen@cfaith.com

Previous: The Practicality, Mystery and Beauty of An Attic
Next: The Adventure And Risk of Transitions