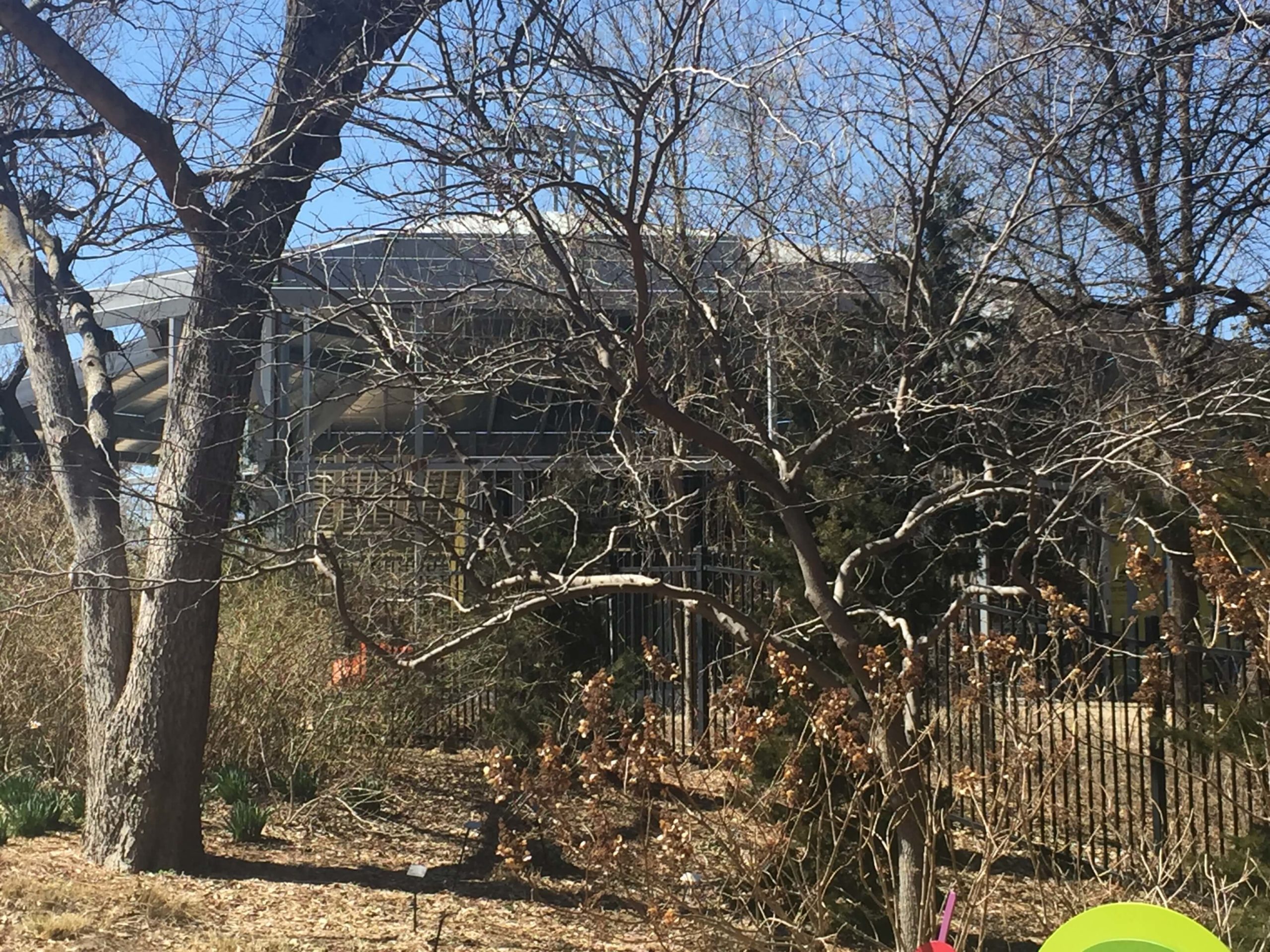 My husband and I recently visited Botanica, The Wichita Gardens.  This is the new home for the Joyland Carousel scheduled to be open to the public fall of 2019.  I have know this was coming, seen pictures and layouts, but it was not until this visit and seeing the building site, did I truly appreciate place of prominence it will take.  It is stunning.

Following is our connection to this precious piece of Wichita, Kansas.

I have never been to the Joyland Amusement Park founded by the Ottoways in 1949.  Although still active until 2004, I simply never had a reason to check it out.
As a child, my amusement park exposure was limited to school playgrounds,  county fairs and carnivals.
I also love seeing lost things found and restored.  So when the Joyland carousel was donated to Botanica, my ears perked up.  As a member of Botanica, I have been following the plans to relocate and restore this wonderful icon.  It seems her new life will be as close to heaven for a carousel as it can get:  In the midst of well tended gardens in a secure protected structure.  Bravo!

Even though any direct personal experience with this carousel and Joyland is non-existent to date, I feel a connection on several levels.  Levels that, to the non-discerning eye, are not even there.
First, as as I said, I love seeing things of value restored.  Value, not just in monetary terms, but value at a deeper more visceral level.  Thus our passion for restoring our historic home, Maison Steinbuchel.
Second, as written about in a previous post, part of the land Botanica sits on was originally a part of the Stackman-Steinbuchel-Hahn homestead, the family for whom our Kansas Historic home is named.
Third, the the connection to the Chance family.  This family started the Chance manufacturing company.  It was the Joyland train that sparked the emergence of this Wichita based enterprise.

This connection too, is more visceral than direct, but it is special.  You see, I knew Mary Chance Van Scyoc, but not in the way you might think.  It was not through the amusement park connection but rather through air traffic control.
I met Mary in the 1990s through my local Kansas 99s chapter, a global women’s pilot organization founded by Amelia Erhart.  Mary was an accomplished private pilot and quite a personality.
It was later I discovered she had been the first woman air traffic controller at Denver Airways Control Center, the predecessor to the Denver Air Route Traffic Control Center where I began my air traffic career.  She was also the first woman controller at the Wichita Airport Traffic Control Tower, where I later worked on staff and in supervision.
Mary paved the way for me.  She was an inspiration not only as an air traffic controller, but as an early woman pilot, even learning to fly helicopters in her 60s!  The last time I spoke with her, she was still active and overflowing with life.

So, when I visit Botanica and see the carousel horses on display, I see more than the exquisite restorations.  I see:
And I see Mary Chance Van Scyoc who paved the way for me to be in Wichita, Kansas, USA and driving our BMW Isetta to Joyland to see the carousel, and watch it go round and round and round…
Please subscribe and comment below!

Previous: If You Are In Kansas Then You Can Be An Aviator
Next: What Is So Wrong About Distraction?