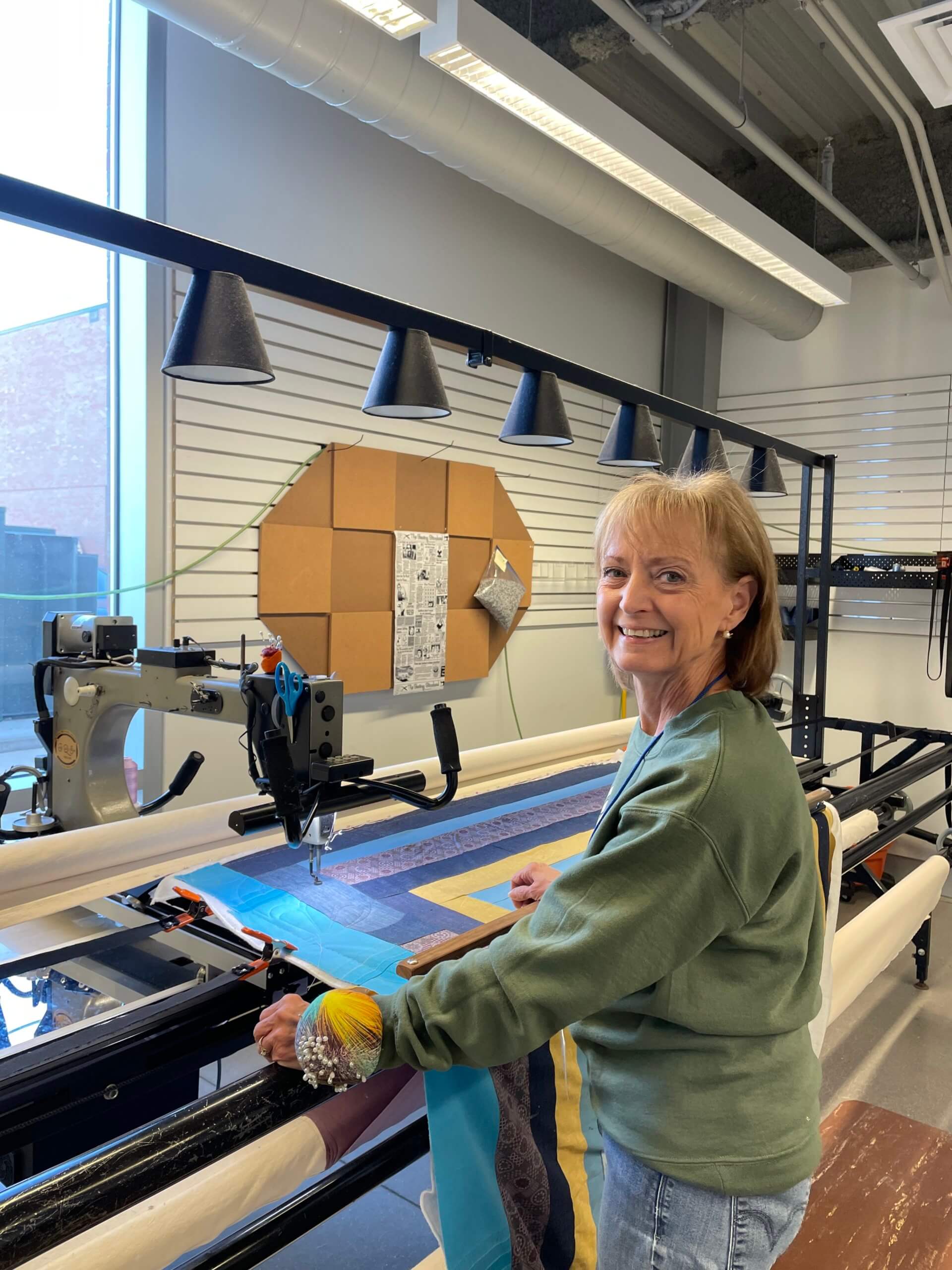 “The eldest ones said that the laughter and tears are sewn right into the quilt, part and parcel, stitch by stitch. Emotions, experiences, heartbreak, mourning, pain, and regret, stitched into the cloth, along with happiness, satisfaction, cheer, comfort, and love. The finished quilts were a living thing, a reflection of the spirits of its creators.” – Arlene Stafford-Wilson

A few years ago, an aunt, my mother’s sister asked if I wanted any of my maternal grandmother’s pieced-together quilt tops.  I had no idea when I might do anything with them but I picked out two.  They remained stored away with many other textile projects to do “someday”.

When I say “quilts”, I use the term in a generic sense, i.e., any blanket pieced together to stay warm.  My grandmother did not quilt in the strict use of the word.  She sewed used pieces of material together, employed an old blanket for batting, and backed it with yet another pieced-together backing.

Rather than quilting the layers together, she would tie them with strong embroidery thread at evenly spaced intervals.  This formed a sturdy, warm, practical comforter in a short amount of time.  As a farmer’s wife, there was little time for socializing around a quilting circle!

I adapted this very pragmatic method of turning scraps into covers.  I’ve made several comforters out of denim scraps and continue to do so.

A few months ago, I discovered Go Create, through another rescue project:  completing the biplane project started by my father.  Some members of my local Experimental Aircraft Association introduced me to Go Create through a demonstration of the water jet where the wing hardware for my biplane was cut.

It was through that introductory tour I also discovered the textile section of Go Create.  Quilting machines!  My mind immediately went to these two precious mementos tucked away – somewhere.

Some months later, I bid on and won a three-month membership to Go Create at an EAA silent auction.  Again, grandma’s quilts came to mind.  I dug out the quilt tops, went through the orientation and training necessary to use the quilting machines.

Over a period of a couple of months, I was able to complete Grandmother’s two quilts plus quilt another comforter that had begun to deteriorate.  As my Go Create mentor and I worked on these projects, I talked about the pieces, where they had come from, and the person who pieced the tops together.

Not the works of art you see at quilt shows, but assembled by my kin, makes them precious works of art to me.  Here is a video:  First Quilt Underway.

It was a surprisingly emotional moment when I finished quilting the first one.  I wished grandma could have been there.  Perhaps she was.

I gave this first one to my mother for her birthday. She said that her mom and sisters, my great aunts, would work on piecing them together.  They may have been sewn together on grandma’s treadle sewing machine.  There is a lot I do not know for certain.

So I have been able to enter into some moments of creativity with my grandmother, completing the work she started and then sharing that with my mother.

There is a story in so many of the objects surrounding us.  This is one I can curl up in and remember.

Previous: How Legacy Story Touches Generations Through Honesty, Smiles, & Conversation
Next: What Is Happening With The Cute Biplane Build?

2 thoughts on “How Quilts Embrace And Reflect Their Creators”