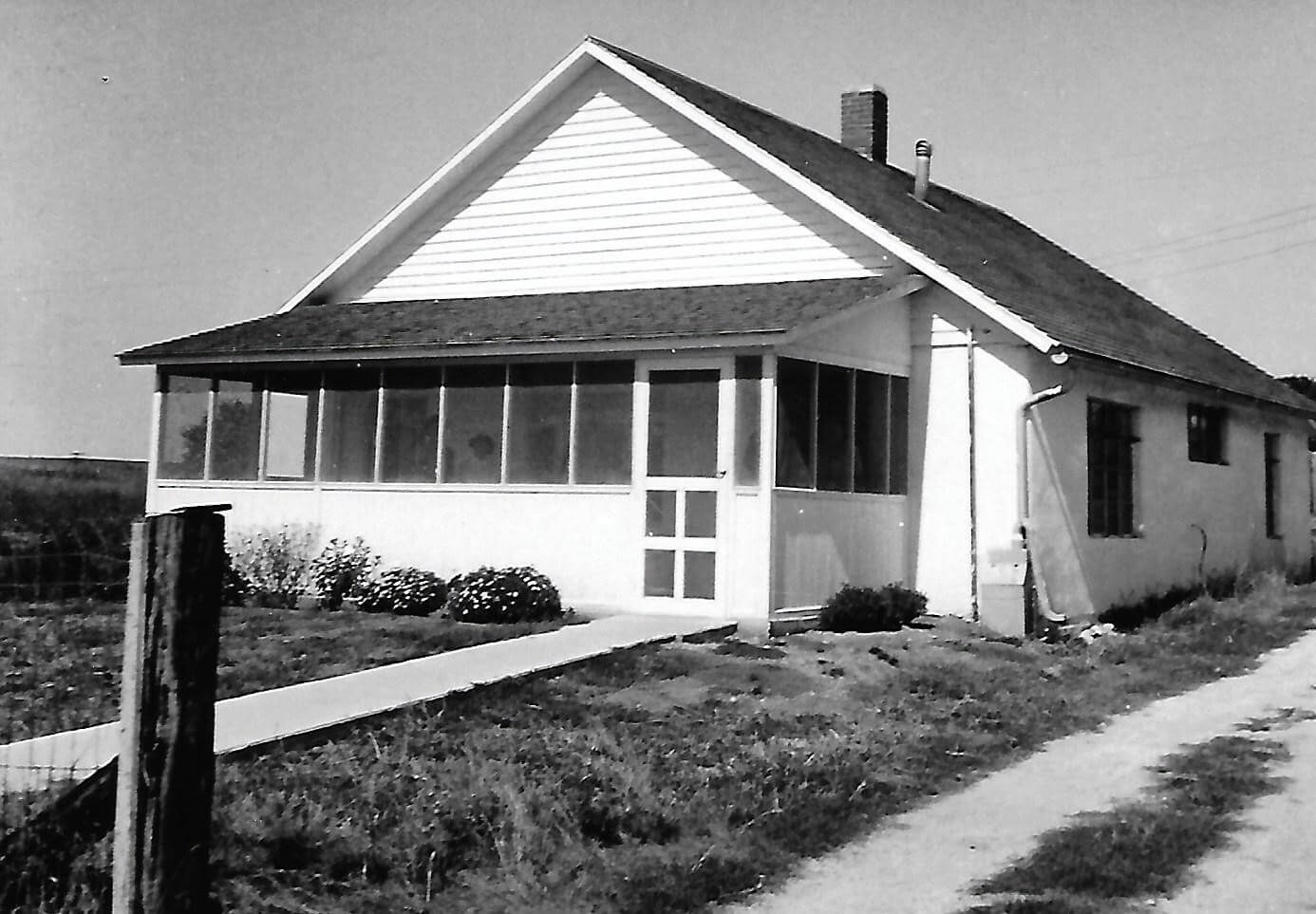 The trick is that you can’t find the hidden treasure until you start digging. Often enough, if you take the leap and do something, something will happen. Probably not what you thought, but something.  Debbi Fields

Recently, I found a packet of hidden photos in the form of photo negatives.  This occurred as I was digging  through the treasures tucked away in the Rightmeier trunk.  I became the custodian of this archive a few months ago.  My sister, a photographer and genius of all things photographic, took the negatives and made prints.  At the family Thanksgiving gathering, we all huddled around the elders of our clan to find out who these people and places were.

One was of my maternal great grandparents, Leta Clark Rightmeier and Lewis Rightmeier on their farm in Jewell County, Kansas.  This was where they spent most of their farming life.
My grandfather Lyman Rightmeier farmed there for some years after my great grandparents retired, thus my mother lived there for a season as a child.  At some point, Great Granddad Lewis auctioned off the farm and all of its accessories, I assume to fund their retirement years.

Three of the formerly hidden photos showed the house they built and retired to in the nearby town of Montrose, KS.  It was right on Highway 36 that ran through the middle of town before the State built the bypass. Montrose, at one time had a:
yet, was never incorporated.  It had two general stores, Roy’s and Quincy’s, right across the highway from each other.  Each sold gas, groceries, household items and had a cafe with what we call today, comfort food.  The owners lived upstairs.  No need for hotels in Montrose, if you came here, you were visiting someone you knew who put you up for the night.  Sort of my version of Mayberry.

The House I Remember

The house my great grandparents built was different, but it is the one I remember.  Painted concrete block rather than wood formed the walls.
The concrete slab poured after the walls were up.  I am told that the wood used in the house was from the house great great granddad Frederick built on the homestead near Buffalo Creek.
From the condition of the house, these were likely taken shortly after the house was completed.  If the car is an indication of the year, it would have been around 1948 or so.
It had a front and back screened in porch.  The cistern sat on the front porch  who’s water was preferred to the running water in the house.  I remember:

After both Leta and Lewis passed, one of my great uncles, who died before I met him, turned the house int o a place to work on cars.  It remains a repair garage today. I come from frugal and practical folk.
An appeal to my Rightmeier kin:  First, please correct any mis-information.  I am going primarily from memory and bits of intel passed around family gatherings over the years.  Second, fill in gaps!
Share your memories by commenting below.  Third, pass this to family members who are not yet aware of this BLOG!  Thanks.
Oh yes, anyone else is welcome to comment, too!  Do you have mysteries that you have uncovered?