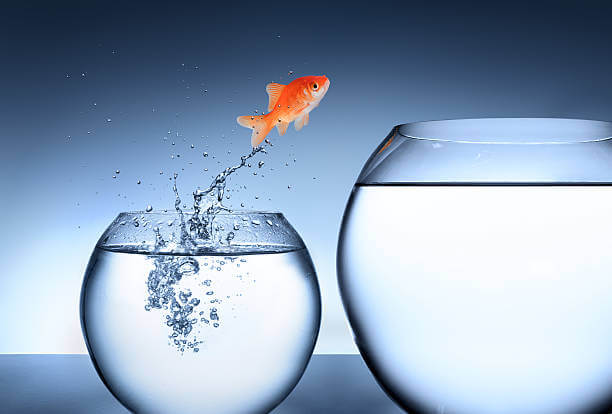 “It’s the possibility of having a dream come true that makes life interesting.” –  Paulo Coelho

Each year since the early 1980s I have set goals.  I always had goals, lists, “to-dos” in my head, but written goals came later.  When I first started, it was primarily in the context of my job/career.
In fact, it was required as a part of the air traffic community as one of the cures for the 1981 air traffic strike.  The air traffic world was told we needed a culture change, and one of the expressions of that became the Individual Development Plan (IDP).
We were strongly urged to create An IDP as a part of our annual performance review.  At the time, I just wanted to be an air traffic controller and separate airplanes, but to comply I did a rather tongue-in-cheek IDP. I did not take it seriously.  Or so it seemed.
In that first IDP.  I put down three “goals”.  They actually fell more into the desire, dreaming, aspiration or wish list category:
There was no way these could happen from where I sat at the time and my supervisor told me so.  He smirked and gave me that “you’re kidding, right?” look.  I looked back with raised eyebrows and stated:  it was “My IDP”, and he reluctantly signed it.  Boxed checked.  Back to telling pilots where to go.  That was in 1985.

In 1988 we moved to Kansas after I applied for and was offered a promotion to the Wichita Airport Traffic Control facility.  During my time there, I became a private pilot.  I was allowed to fly an F-4, a T-38, and an F-16 as a part of my air traffic staff duties.  OK, the F-16 was a simulator and I did not fly a fighter on my own, not even close.  Yet, for a civilian private pilot in her late 30s at the time, it was the closest I was going to get!
In 1994, I was selected as the Air Traffic Representative for Europe, Africa, and the Middle East based out of the Brussels, Belgium office.  I had actually forgotten the IDP until I was going through some papers packing for the move to Brussels.  I was as stunned.  Nine years from impossible to complete!  Three seemingly unrelated, lofty, even silly goals, done.  That was a true aha moment.

Since that first IDP, I have come to value the process of setting written goals.  The reason:  it works.  Somehow, articulating one’s desires. dreams and intentions in writing give them life.  So, each year, I set goals.
Mid-year, I review and revise those goals.  Am I on track? What did I achieve?  What did I miss?  Are revisions or deletions in order?  It is both painful and exciting. Painful; because some goals are progressing slower than hoped.  Exciting because some are complete leaving more room for others.  This is done under the larger umbrella of a Life Plan that I developed some years ago,

I break my goals into categories in an effort to maintain a certain equilibrium:  Spiritual, Soul Tending (Mind, will and emotions), Physical, Relational (marriage, extended family, church family, and social), Vocational and Rest/Restoration.  Having these set as a framework for my goals helps to ensure each area gets appropriate attention.  Some call it life balance, I just want things to stay upright and moving forward as smoothly as possible.  That means that there may be seasons where one area gets more attention than another.
Your categories need to reflect your unique life and values.  Perhaps you have never taken the time to inventory and articulate the facets of your life.  This would be a good place to start.  Here is a  free resource that can guide you:  http://www.goalsettingbasics.com/free-goal-setting-worksheets.html

Once you have the various areas of your life defined, then look at each one and think:
What does this mean to me?
What do I want this area to look like at the end of this year?
It may also help to make an inventory of activities you currently expend time and energy on.  Then look at each one and decide:  Is this truly contributing to my intention in this area?  will it move me toward my desires in this area next year?  If not, does the activity need to be adjusted, delegated or simply deleted?
Once this evaluation is complete, using the activities that remain, list one thing you can do or continue to do to move toward your vision for each area.  I have found that when I do the above process, my goals for the next season emerge organically and can move to further define particular goals in each area.
For this, I recommend the following sites as a resource.  Much of the information is offered at no cost, along with products and/or subscriptions available for purchase.  To be honest you don’t need to spend a dime to get a robust plan of your own going.  Just search “goal setting” once on each site, pick a process and then trust it.
Michael Hyatt .com
Dave Ramsey .com
Terri savelle Foy.com
franklin covey.com

Some things to consider to ensure a balanced goal setting menu:
Last – Schedule them on your calendar for next year.  Start with what Stephen Covey calls the BIG ROCKS, events and/or activities that have great value to you or to reach a goal but tend to get crowded out by the trivia of life.  Consider assigning the one-time goals into a particular quarter or season.  That way you focus on one or two at a time, get it done, and move on.  That can help avoid the end-of-year crunch.
Since I wrote that first IDP, I have learned some about this goal-setting thing adding certain intentionality and efficiency to the process.  Therefore it does not take nine years.  Still, that first effort and the results impress me to this day.  It has served to keep me motivated in my goal-setting process.
Has goal setting been a part of your life?  If so, what benefits has it had?  If not, what is holding you back?
Please comment below

Previous: Trust the Process – Lessons from Air Traffic Training
Next: Books and a Reading Plan Framework