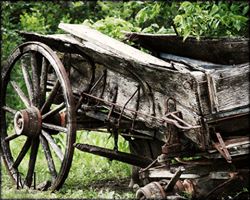 For years, an informal event in downtown Wichita, Final Friday, has drawn Wichitans out of the ‘burbs into city center.  It serves as a few hours of festivities to end the month and set up for a new one, while local artists of all genre, exhibit their talents.
This month, our fair city gets a double dose as we shift from Final Friday to First Friday. The rumor is other cities in Kansas are shifting, so we are as well.  In any case, Wichita will end the summer with a bang with two party nights:  Final Friday on August 30, and First Friday, September 6.

I  have a talented younger sister (one of several) who exhibits her photography at these events.  Since her work also tells “lost stories”, I am introducing her and her work, to my readers.
Cindy got her start by spending one of her first paychecks in high school on a Polaroid.  She was hooked.  After college she took photos for a weekly newspaper in Hays, Kansas.  A brother-in-law, who moonlighted as a portrait and wedding photographer was her mentor.  Her formal training came after she enlisted in the Army and became a photojournalist.
She devoured all the photography training the Army had to offer. This included attending the advanced photojournalism school at the University of South Carolina.  It was here her skills were fine tuned.
In the Army she was a writer and a photographer and won awards for both. The nature of her Army job sent her all over the place, with every type of unit from light infantry to engineers, mechanics, cooks, and medics.

While deployed she had the freedom to get out among the people. In her words: “That gave me a perspective on an operation that most soldiers didn’t get. In Somalia I was with warlords, feeding centers, a midwife and even a leper colony for example.”
Her “last hitch” was with the European Stars and Stripes, with the civilian media press pool at the Pentagon. She covered Pentagon, Congressional and White House matters pertaining to the military.  She interviewed Presidents George Bush senior and Bill Clinton and photographed Ronald Reagan and Bush senior multiple times.

At one point, Cindy was TDY in Germany with Stars and Stripes while I was posted as the Air Traffic Representative in Brussels.  We met up.  Kind of neat for a couple of Kansas girls!
She was named Army Journalist of the Year receiving an award named after Paul Savanauk an Army journalist killed in Vietnam. The same year, the honor of being named as number two photojournalist in the entire Department of Defense was hers as well. I remember traveling to the Pentagon with my family for this occasion.

She continues to hone her gift on her own, by picking one technique and working on it until mastered. Currently, she is working on mastering the night sky and infrared photography.
As for the equipment,  she has always used Nikon and currently has her dream camera,  a Nikon Z7.  “My longest lens at the moment is a 300 mm, I would like to get a 500 or 600 so I can start doing better wildlife.”
“My favorite type of photography is street photography, being able to capture the sights as they happen. That’s the photojournalist in me. Second favorite is landscapes. Least favorite is weddings. The wedding itself is fine but editing photos of all the same people can be tiresome.”

There are many ways to Give Lost Stories A Voice.  I do it with words, my sister does it with photography.  You can see her work on September 6 at The Hopping Gnome.  For those not nearby check out her website: TWIstudios.net

Hope see you there!  Let me know in the comments below.

Previous: How To Cope When Routine Transitions Turn Ugly
Next: Awesome News! The Biplane Baby Has A Name!