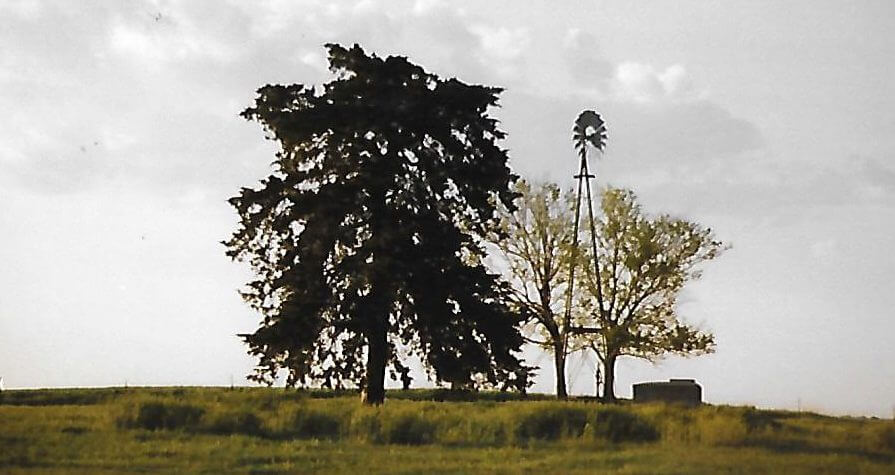 “Prepare your outside work, Make it fit for yourself in the field; And afterward build your house.”  ‭‭Proverbs‬ ‭24:27‬ ‭NKJV‬‬

My mother’s paternal great grandfather, Frederick Konrad Regetmeyer, immigrated from northern Germany in the mid 1860’s.  How that came about is told in a series on circles.  After he was naturalized as a US Citizen, through the network of German immigrants, he became aware of land grant opportunities in Kansas.  In the midst of dreams, he no doubt knew from others that living in a hole in the ground, a dugout, was part of the journey.

History tells us the German immigrants were anti-slavery and wanted Kansas established firmly as a free state.  There was a period of time in my fair state, when this was quite unsettled.  Rather than protest and fight wars, this community of folks quietly recruited their fellow immigrant countryman to come to Kansas and homestead.  This would, in principle, bring like-minded voters to the state and therefore tip the scales toward the anti-slavery side.
I do not know how altruistic my great great grandfather was on the anti-slavery issue.  However, I do know that from where he had come from in Northern Germany, the Hanover area, the possibility of owning a section of land just for the cost of making basic improvements was a dream come true.  Bureau of Land Management records indicate that the southwest section, 160 acres, of Washington Township was deeded on March 10, 1874 to Frederick Rightmeyer.  In May of that year he married Malinda Elizabeth Miller in Jewell County, KS.  She was the daughter of the neighbor a mile north, who was  born in Mercer County, IL but had come with her family in 1872 to the Kansas prairies.

Newlywed Life And A Dugout

How they went about setting up housekeeping is still being pieced together.  By far the most valuable information we have is from an interview my sister did with my grandfather, Lyman Rightmeier the grandson of Frederick Konrad.  She had done this as a term paper in 1977, for Mrs. Friends Senior Advanced Advanced Composition Class at Plainville High School.  It has provided leads from which to research, not the least of which was my husband and I traveling to Varenholz Germany.

Prepare Your Outside Work First…

We know, from another grandson, Lyle, that the first thing Frederick did was locate water on the land.  He did this by dropping pebbles into gopher holes.  When he heard a “splash”, he marked those holes, and determined the best location to dig a well.  Eventually this was where the house was built. The well head is still there.
We  do know the first shelter the newlyweds lived in was a dugout built into the side of a rise on the property.  This plus the well was enough to meet the requirements of land improvements for homesteading purposes.  I still hope to find the location of the dugout at some point.
Except for a short period in the summer of 1879, when they moved to Smith County, they lived in the dugout until 1879 when a house was built.  During all this time the young couple farmed the land and began a family.  Whether they knew it or not they were acting according to wisdom to prepare your outside work first.

According to birth records, all but two of the eleven children were born on the homestead. The first four in the dugout.  I wonder how this really worked.  Malinda’s family were nearby, since her father received a land grant just one mile north a couple of years before Fred.  I have to think that some family had a proper house, that when the time came she went to be with her mother and/or other ladies to help with the births.
On the other hand maybe not.  According to my grandfather, two of the eleven children died in infancy.  The one we have record of was in 1990 with the birthplace listed as Montrose, KS.  It is interesting that the last child was born in Mankato, KS.  Perhaps there were complications resulting in the loss of two babies and as a precaution the last child was born in town.  Malinda was 42 When her youngest child, a daughter was born.
Although We do not have any details about what the Rightmeier dugout was like, there are accounts of these abodes being quite comfy.  Cool in the summer and warm in the winter, as long as one could keep insects, snakes, rodents and other critters away.
Putting this together, here are a couple of observations:

Yet, they had “Prepared the outside work first”, so they had fresh water and food.  The basic shelter that the dugout provided was essential, but water and food were first.  They had the order of things right and they survived.  Nine of them.  In addition, they took in another boy who had been orphaned.

Even today when dealing with matters of provision, we are told to secure our four “walls”: Food and water, shelter, clothes and transportation.  For those who live off the land, this means preparing your “outside” work first.  Keep things in the right order and no matter what comes, wisdom will prevail.  Even if uncomfortable for a time.

Are your four walls in order?  If not, what first step can you take this week to apply this wisdom?  Please comment below and subscribe!

Previous: Regetmeier Reunion On The Homestead
Next: What Goes Around…..Look For It