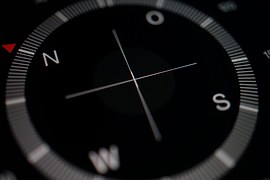 “Life is full of tough times and hard decisions. But as long as you choose to do the right thing, you’ll be OK.”
― Chelsea Sedoti, As You Wish

From the moment we become aware of more than our need for food, water and a warm cuddle from our parents, we face the awesome and sometimes bothersome privilege we have as humans:  making decisions.  At first we had a lot of help from our parents

and others who influenced our formation in making those choices.

Ideally, we were introduced to solid values from which to make decisions.  Values that go deeper than our mood on any given day.  A plumb line that provided objectivity for decisions in situations that arrived in a subjective, feeling based moment.

Choice Is A Privilege

This privilege of making choices by stepping outside of ourselves is one of the many things that sets us apart from the rest of creation.  We have free will.  It is the part of our soul on which our life and its activities pivot.

We all have had situations thrust upon us in which we were faced with a decision we did not want to make.  We did not necessarily choose to be in that place, at least not directly.   After all, the free will of others comes into play in our lives as well as our own.
It is in those unwanted places where the first crucial choice is made:  will I be a victim of others choices or will I make the choice right for me and for the right reason?  This is subtle, because the action and the outcome in either case may be the same, but the reason, the heart behind it come from different places.
It is a place of respecting the right of others to make their choices while retaining my choice as to whether I will participate.  Then to live with the outcome, whatever that might be.

This has been on my mind this month, because in August of 1981, actually the months leading up to that time, I was faced with a very hard choice:  whether or not I would strike against the government of the United States of America.  I was:
I enjoyed my job.  The training was challenging and the testosterone dominated culture somewhat unkind to this twenty something. blond. no-previous-experience. female.  But I was in my element.  Spending 40 hours a week telling pilots what to do and where to go – what could be better?
As a radar trainee, my information about the issues on which the PATCO contract negotiations were based were limited to what I heard via the union  I did not know much about labor laws and negotiations at that time, and was not aware that staff and management were restricted on what they could say.
As things heated up and talk of a strike escalated, I was feeling the pressure.  Pressure from my fellow teammates who inferred that should I choose not to strike that my attaining of journeyman status would be in jeopardy.
Although they were not the ones who would sign off on my certification, as my trainers they had a great deal of influence and input in the process.  They had the power to withhold support.  To simply declare that I couldn’t do the job and therefore prevent me from having the opportunity to demonstrate otherwise.

Thankfully,  there were a couple of colleagues that shed some light on the situation to me.  One let me in on contingency plans in place by the FAA in the case of a strike.  He was convinced that if a strike occurred it would be broken.
Relieved to know that management was doing something, yet unconvinced any contingency plan would prevail, I struggled.  Another friend made his position clear:  this job was too good to put in jeopardy and what ever happened he was not going to participate.
When I finally got above the pressure, other’s opinions and looked at the situation from outside myself, it came down to this,  I:
It was on that basis I made my choice.  If the strike prevailed I knew my working life would be made a living hell.  I had to be willing to face that or walk away on my own terms from a career that I truly enjoyed and from a salary I had never dreamed of earning.
It has been years since the 1981 PATCO strike.  The strike was broken, air traffic continued and I went on to have a wonderful career.  But that is not the point.

You have a free will

I was not the only one who made choices on this issue.  There were thousands who made choices during this time.  They made them for their own reasons.  I made peace with my choice before the outcome was known and whatever the outcome, I was OK with it.
You see the time to make choices is before the situation occurs.  In this case, I decided years before the value of my word as my bond.  I had sworn an oath.
Your ability to choose daily, even moment by moment is precious.  In your Stonebridge journey, “I had no choice” is a trap.  What you are really saying is, “within my set of values, this was the choice I made “.  Own that.  Should that ownership not fit, then make a different decision.  Review the values you have bought into.  It is your choice.  The outcome, whatever it may be, is easier to face.
What one decision have you made that was both hard but the right one to make?  Awesome!  You are a hero.  Please share in the comments below.

Previous: Four Examples of How To Renew Old Drawers
Next: Personal Assets – You Already Have What You Need