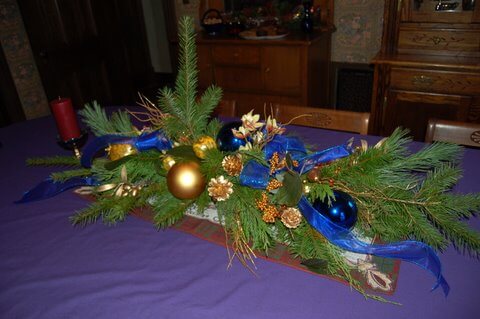 “Everything that is done in this world is done by hope -. Martin Luther

The Advent Season begins with lighting the Prophecy Candle representing Hope.  Why have hope? It’s such an elusive and squishy idea in today’s world.  More in the line of wishful thinking.  In most cases. the words “I hope so” have a slightly desparte unsure “sigh” behind it.

Not exactly something to light a Christmas candle over!  So, let’s reframe this watered down concept of hope.  Defined, hope is both a noun and a e verb.

A Stronger Truth To Have Hope In

While to hope is insticitive to mankind, true hope rests in something, rather Someone, outside of us.   Scripture puts hope in the company of Faith and Love.  Then again it pairs Hope with Faith in Hebrews 11, and adds on Love as the activator in Galatians 5.  1 John states that God is Love, so hope hangs out in pretty neat company.

“Hope is a soldier. It fights against tribulations, the Cross, despondency, despair, and waits for better things to come in the midst of evil. Without hope faith cannot endure. On the other hand, hope without faith is blind rashness and arrogance because it lacks knowledge. Before anything else a Christian must have the insight of faith, so that the intellect may know its directions in the day of trouble and the heart may hope for better things. By faith we begin, by hope we continue.”
― Martin Luther, Commentary on the Epistle to the Galatians

At this time of year we remember it is on the words of the Prophets we hope – but hope in what?  Hope for what?  The Prophets foretold of a coming One.  They had future hope.  That hope was fulfilled 2000 years ago when the Christ Child was born.  Jesus in His earthly life, fulfilled 353 prophetic words.

In our time, we celebrate not only the first coming of our Savior, but we look forward to His Second coming.  The ultimate, final sorting out of all that was broken in the Garden of Eden.  That is something to have Hope in!

What are your thoughts about Hope?  Please comment below!

Previous: Why Should We Choose To Dance In The Rain?
Next: What Is So Pleasing About Faith?

2 thoughts on “Why Bother To Have Hope?”