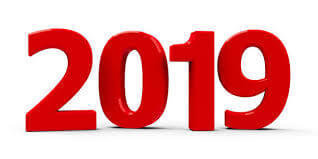 “To write is human, to receive a letter: Devine!” ― Susan Lendroth

David and I have sent an annual Christmas letter to friends and family annually since we married.  We compiled a comprehensive list of family and friends for wedding invitations and announcements.  This growing list has been maintained these 42 years, but a few years ago, we began to use this BLOG to “send”  our letter.
We do the snail mail letter thing for a some cards, and of course social media allows for an even wider distribution of greetings.  We value the contact we are able to have in these options and venues.

The big one, was the consolidation of all of our tools, vintage hardware and supplies into a tool shed complete with inventory.  One visitor said it looks better than Lowe’s!
It is a work of art, complete with task lights and labels!  Many of my father’s and grandfather’s tools now have appropriate homes.  David’s grandfather’s workbench is front and center.
As I write this letter, pavers are being installed across the front under the roof extension completed last spring.  This provides covered outside space to sand and paint.

We finished the final paint on the front porch of the little house.  The cellar and back porch, now free of tools, supplies and hardware have been tidied.  The kitchen is looking less and less like a construction staging area.

The biplane wing parts are coming together.  Each week,  I, along with several in the local Experimental Aircraft Association chapter, are learning from others how to read plans and make wings from bits of wood, nails and glue.
We are reusing all we can of Daddy’s original work.  But after 50 years the glue had dried out so that many parts are not viable for safe flight.  This link provides updates.

The main event, in September, was held at the Denver Country Club.  The weather was perfect rewarding all those who worked so hard to make this a great celebration.
A reception Friday evening was downtown, then there was the tour of the school on Saturday afternoon.  If those halls could talk!
On both occasions, David’s family, who can never resist a family party, gathered.  We were hosted by one of David’s nephews family.  It was a great in every way.

David is expanding his skills as a math teacher.  After several years of teaching Euclidean Geometry at Northfield School of the Liberal Arts, He added pre-Algebra and Algebra II classes this year.  Most evenings are spent prepping for the next day’s class.
Using the same text books as Thomas Edison, Mr. Westinghouse and Henry Ford, it fits the classical model of the school, providing historical context as they learn time-tested concepts and principles.
Northfield is a close knit community with gatherings both planned an impromptu.  One highlight this year was an Arbor Day picnic on the Chisholm Trail under the mulberry tree with Dr. Schuyler Jones, the man whom many believe inspired the Indiana Jones character.

Moving the airplanes home in 2018, has allowed me to better focus on the aviation side of things.  Wichita is the Air Capital of the World and even though I was involved in years past, it centered around my work in air traffic control.  Now retired, my relationship is different.  Before, my position as a “fed” was a constant presence, but now I am “just a pilot”.  It is rather nice.
I continue as an advocate for Mission Aviation Fellowship, speaking on their behalf as much as possible and meeting with the local Advocate Wing monthly. I fly for the EAA Young Eagles program as much as possible, giving kids 8-12 a taste of the world of aviation.

For a second year, I joined the Kansas Air Tour with 51 other pilots from the region.  Flying eight hours to eight towns, making eight crosswind take-offs and landings, within 36 hours was a stretch to my flight endurance!
Most months I meet with the local Kansas 99s, the women’s pilot association and Women in Aviation (WAI).   WAI sponsors a Girls in Aviation Day each year, and for the second year, I presented.
Along with the weekly work party building the EAA biplane, the Aircoupe had some extensive maintenance this year, as well.  She is up and running like a top.

I have resisted putting this “out there”, as I am not a fan of giving ugly things a voice.  However, since it is all over…:  Both David and I are on the back side of a couple of encounters with cancer over the past two years.
David has had several basil cell carcinoma burned off.  One required surgery.  This earns him an every six-month trip to the dermatologist-all is well,
This time last year we were in a whirlwind of scary news and decisions, as I was diagnosed with a pea-sized, grade 1, stage 1 invasive lobular carcinoma in my right breast.  A lumpectomy and a series of radiation treatments last February at The Cancer Treatment Center in Tulsa, OK and all is well.  I had zero side-effects during or after the treatments, the follow-up tests have been clear and I return for the one year follow-up in February.
I will say dealing with all the, medical protocols has been a mixed-bag, and we have had to learn more than we wanted to, so we could make informed decisions that worked for us.  None the less, early detection in both cases was a gift.
I had a awesome support system, starting with my dear spouse.  We enlisted a focused group of prayers, and sought God’s wisdom as decisions were made.  In the end, aside from running from one medical thing to another for a while, it is a tiny blip on the radar of our lives.

This year, we enter the Christmas season with new levels of gratitude for His grace, protection and plans for us.  We know they are good.  Jer 29:11
What was your year like?  Please feel free to share your letter in the comments or email me at: nhcullen@cfaith.com

Previous: Three Simple Reasons I Embrace Christmas Traditions
Next: What Are The Five Top Favored Headlines Of 2019?

2 thoughts on “A Letter To Dear Friends And Family”